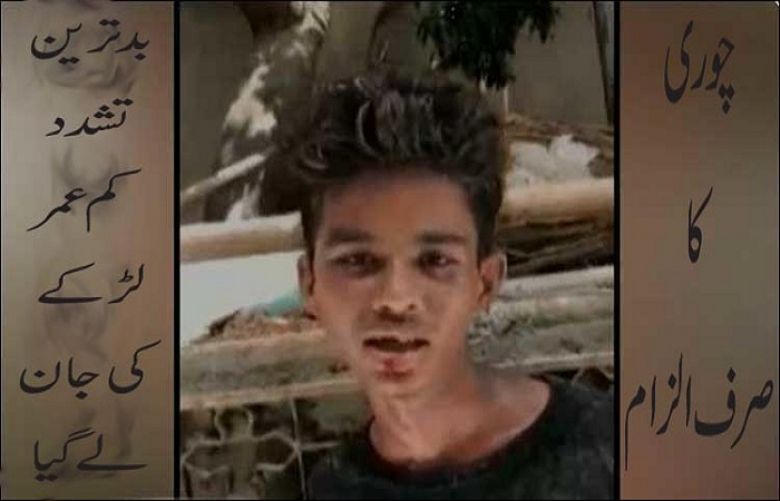 The police on Monday claimed to have rounded up three more accused involved in the murder of a teenage thief in Bahadurabad area of Karachi, citing investigation sources.

Rehan, aged around 16 or 17 years, was beaten to death by angry people in Bahadurabad area on Saturday.

The accused were arrested with the help of the video available with the police of the murder. So far five people have been taken into custody by the police in the case.

The case was lodged on the complaint of Rehan’s father, who lost his life after immense torture by the angry people in the area.

The police had said two alleged thieves entered a house in Bahadurabad area to commit a theft.

One of them had managed to escape while the household caught the other suspect, they added.

Subsequently, owners of the house and other people who had gathered there subjected him to severe torture.

He was taken to the Jinnah Postgraduate Medical Centre (JPMC) where he was pronounced dead.