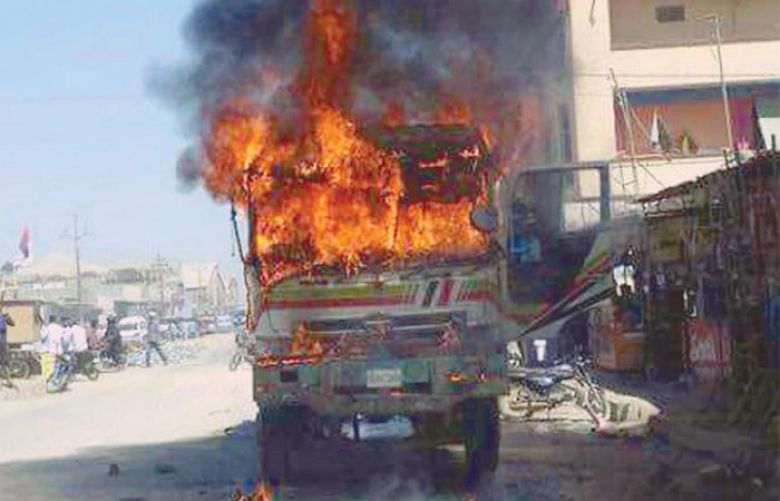 File Photo A dumper truck set on fire in Karachi

A dumper truck was set on fire after it ran over a 10-year-old boy in Karachi’s Landhi locality early Friday morning.

According to police, the incident took place in Landhi No 4 where the speeding vehicle ran over the minor boy, killing him on the spot.

Following the accident, a large number of citizens gathered at the spot. The enraged crowd set the dumper truck on fire and subjected its driver to torture.

The mob blocked the road and smashed windscreens of many other vehicles.

Upon being informed of the incident, a contingent of police and Rangers personnel reached the scene and brought the situation under control. They took several protesting people into custody.