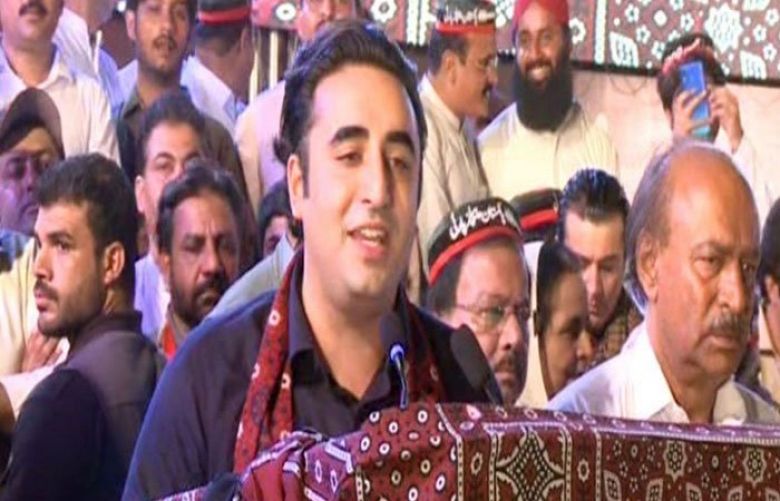 The PPP chief made numerous jibes at the incumbent premier, warning Khan to "do exactly as much as you can endure".

Bilawal advised the Pakistan Tehreek-e-Insaf (PTI) chief to pray that his father, PPP Co-Chairperson Asif Ali Zardari "comes into power after you for he does not exact revenge.

"You know what you will face if the PML-N [Pakistan Muslim League-Nawaz] comes into power after you," he added.

The PPP chair observed how Khan "used to say he'd make us cry" but said: "I happily bade farewell to my aged father when he went to jail."

However, he added that his younger sister, Aseefa Bhutto Zardari, was tearful when the PPP co-chair was leaving for jail. "Khan sahab, I'll make you pay for my younger sister's tears," he vowed.

Bilawal noted that only cowards targeted the women and the elderly. He assuredly expressed hope that his father, Zardari, who was jailed earlier for more than a decade, would again be honourably acquitted.