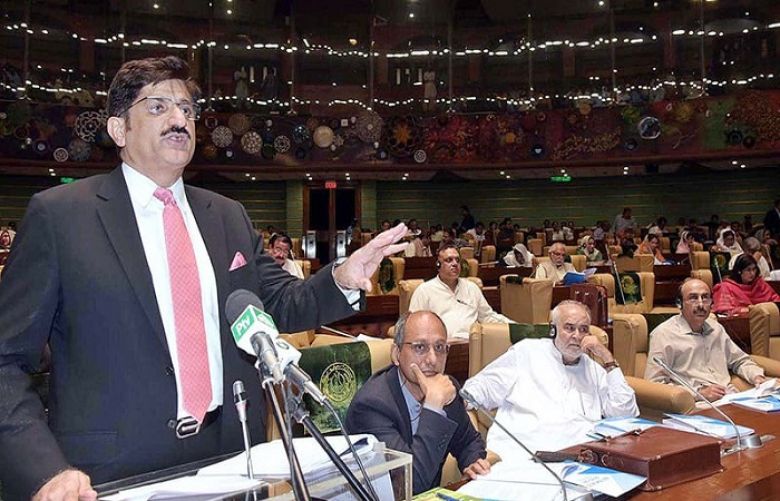 Sindh Chief Minister Syed Murad Ali Shah, who also holds the portfolio of Finance, on Friday presented a Rs1,217 billion budget for the financial year 2019-20 in the Sindh Assembly.

Among the most notable figures of the budget is a 15 per cent across the board increase in salary and pension for government employees.

This means that all employees of Grade-1 to Grade-22 will see a 15 per cent pay raise as part of an adhoc relief allowance and pensioners will receive an increase in their pension by the same percentage.

The minimum wage for workers has been fixed at Rs17,000.

A programme focused on poverty reduction has also been announced, Radio Pakistan reported.

"In the next budget, first priority in terms of budgetary allocations has been be given to education then health and law and order," said the national broadcaster's report.

The upcoming budget has also revised the province's revenue targets from Rs243.08 billion to Rs240.75 billion for the current fiscal year 2018-19.

"As a result, against an estimated budgetary amount of Rs1.123 trillion, the revised receipts for the current financial year stand at Rs963.7bn," according to Radio Pakistan.

Sindh expects to receive Rs835.4bn by way of federal transfers; receipts from the federal government will account for 74.3 per cent of the province's total receipts.

On the current revenue side, the expenditure budget is estimated at Rs870.22bn which shows an increase of 12.5 per cent over the current year allocation of Rs773.24bn. This increase in expenditure is primarily in the employee related expenses which could not have been avoided, the chief minister said.

He claimed that the impact of increasing utilities had been absorbed and that his government's "austerity policy" would continue into the next fiscal year.

"We have introduced major cuts in operating expenses. However, it would not be done at the cost of social sectors," said the chief minister.

An amount of Rs283.5bn has been earmarked for development projects which include the provincial and district Annual Development Programme.

School education has been allotted funds of Rs178.618bn, with Rs15.15bn allotted for development under the ADP, whereas the health sector allocation is Rs13.5bn.

Meanwhile, Rs109.788bn have been allocated for the maintenance of law and order in the province.