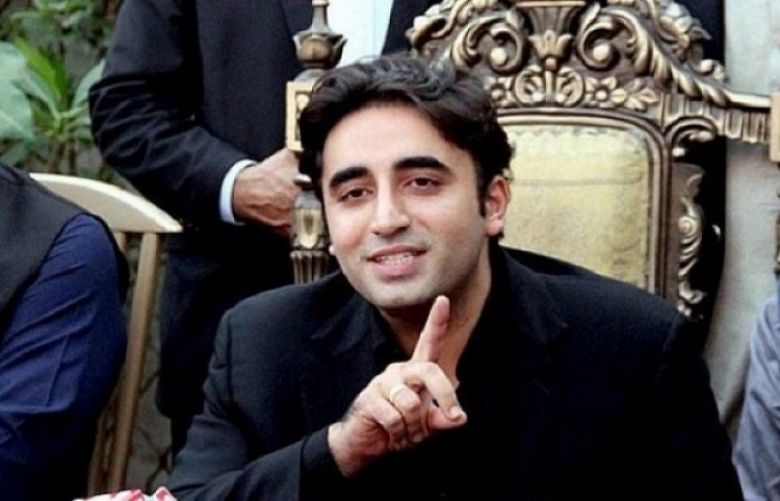 The statistics pertaining to HIV and AIDS were concerning but the two were different conditions, Pakistan Peoples Party (PPP) Chairperson Bilawal Bhutto Zardari said on Sunday and lamented how Sindh was being ignored and cornered.

Speaking to media personnel here in Larkana, the PPP chair said services of international standard were being provided for the medical treatment of children in various major hospitals in Karachi but that his party wished to provide similar and better treatment Sindh-wide as well.

Bilawal said attempts were being made to economically crush Sindh. Earlier, the same people used to make jibes about administrative issues and make comments about us not running the hospitals, he said, adding that Sindh's public-private ownership was spoken about positively in the whole world.

The PPP chairperson said the ruling Pakistan Tehreek-e-Insaf (PTI) had announced to make Peshawar's Lady Reading Hospital a model but failed to do so, which is why "these people were trying to steal our hospitals".

"We are not being given what we deserve, Sindh is not even being given its rightful share of water," and that "attempts are being made to crush Sindh economically", he said.

He further added that he demanded the federal government rescind the notification pertaining to the hospitals. "[Prime Minister] Imran Khan destroyed Peshawar's only cardio hospital by handing it over to his relative," he added.

"We, on the other hand, brought the NICVD [National Institute of Cardiovascular Diseases] up to international standards," the PPP chief stressed. "They now want to forcefully take the Jinnah Postgraduate Hospital [JPMC] from the Sindh government."

Bilawal further commented on how his party-led government built up the province's institutions with the public money. He asked: "How is it that the gas supply of Sindh, including that for Karachi, be halted?"

A federal minister called Sindh 'AIDistan', he underscored, saying this was an abuse for the country's southern province. "No one condemned that," he lamented.

The statistics pertaining to HIV and AIDS are concerning, Bilawal admitted, but highlighted that the two were different conditions. "Sindh is the only province that took steps for the diagnosis of HIV."

The PPP chair retorted that the party and the provincial government were not begging but were demanding their rightful share. "We are not being given our share as per the NFC [National Finance Commission]," he added.

The 18th Amendment states that the provinces were to make decisions about their future sovereignly but the "puppet in Islamabad was making decisions in our place — which we will not tolerate".

"Should our rightful share not be given to us, we, alongside our people, will go to Islamabad to protest," Bilawal warned. "If attempts are made to implement the One Unit policy, the Pakistan Peoples Party will stand against it like a wall."