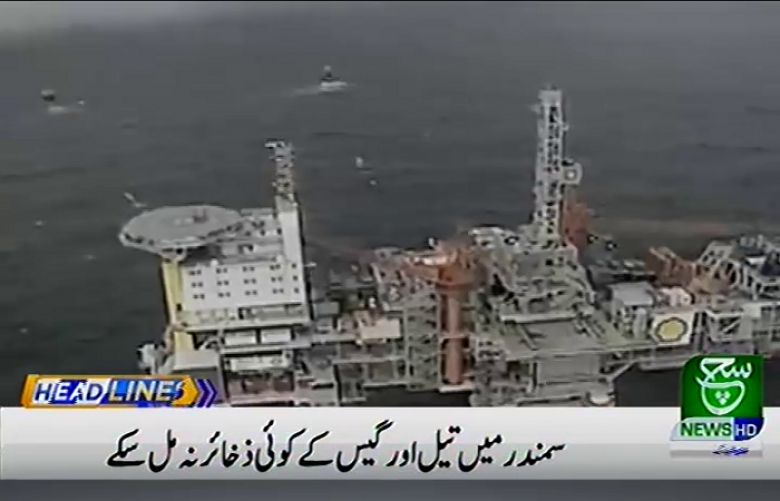 Oil and gas reserves have not been found in offshore drilling off Karachi coast, Special Assistant to PM on Petroleum Nadeem Babar said Saturday.

Pakistan was hopeful of finding large oil and gas reserves in its territorial waters in the Arabian Sea.

US oil giant Exxon Mobil, Italy’s ENI and a couple other companies had been involved in drilling an ultra-deep oil well.

Speaking to media, Babar said the process of drilling up to more than 5500 meters was completed on Kekra-1 (Indus G-Block) off Karachi coast.

The PM's aide said the office of DG Petroleum Concessions has been apprised of the results of drilling.

He further informed that the cost of drilling project, which has now been abandoned, remained over $100 million.

Earlier this year, Prime Minister Imran Khan had said Pakistan would not need to import oil after reserves were found near Karachi coast.

"We are hopeful of finding large reserves of gas and oil in the sea near Karachi. The nation should pray for this and I will soon share good news regarding this," Khan had told reporters in Islamabad.

"God willing the reserves will be so large that we will not need to import any oil."