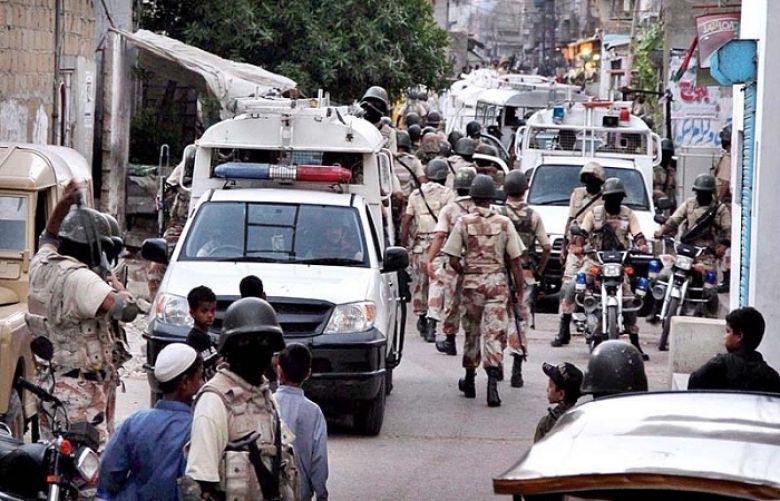 Dozens people were taken into custody in a joint operation of Sindh Rangers and the police from various areas of Karachi, on Friday.

As per details, the arrests were made during search operations in Soldier Bazar, Nishtar Park, Shahra-e-Noor Jehan, Malir and Korangi areas of the metropolis.

As many as 57 suspects were arrested during the operations and were later shifted to the police stations. The record of the suspects is being checked; who will be found innocent would be released.

A drug-peddler was apprehended by the LEAs from Malir, who was involved in selling hashish and the heroin in the area, while his two accomplices managed to flee away.

The operations were carried out in the wake of Youm-e-Ali.

In a separate action on April 17, the city police had arrested three suspected criminals involved in more than 100 robberies in different cities.

Senior superintendent of police, Korangi, said the criminals were arrested from Korangi Industrial Area. He confirmed that the culprits had so far committed 101 robberies in more than couple of cities.

Three hand grenades, three pistols and cash were recovered from their possession.