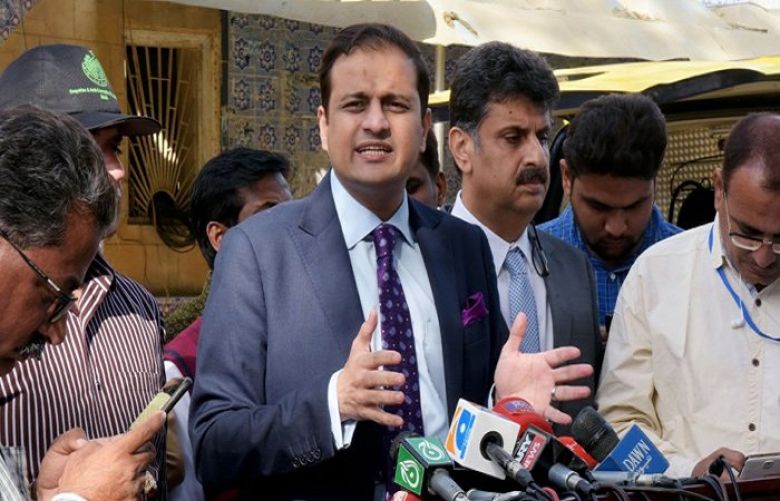 Addressing the media in Karachi, Wahab said, “What message are you trying to convey by arresting a sitting speaker?”

“If any of our members have been involved in corruption then conduct an inquiry against them but do not arrest them like this,” he lashed out moments after NAB arrested the Sindh Assembly speaker from Islamabad.

Questioning whether NAB laws are only for PPP, Wahab said, “Are there different rules for PPP and different for PTI? Prime Minister Imran Khan, Defence Minister Pervaiz Khattak and NA Speaker Asad Qaiser are all facing NAB inquiries but have not been arrested."

“This arrest is wrong and especially because it comes at a time when a Sindh Assembly session has been summoned,” he added and urged that NAB should “think twice” before taking such measures.

Stating that “an inquiry is ongoing against Durrani and nothing has been proven”, Wahab said, “How can you arrest someone when a case hasn’t been proven against them?”

He continued, "The speaker should have been sent a questionnaire and he would have answered it."

“Such arrests won’t make any difference. People of Sindh have voted for PPP and will stand firmly by us,” he asserted.

The PPP leader also urged courts to take notice of the arrest. "When a fake party cannot win votes it resorts to such tactics," he said.

Wahab further said that the arrests are being made for "political victimisation". "Durrani is a PPP member and not a part of the Grand Democratic Alliance (GDA) or PTI which is why he has been arrested."

"PPP should not be pushed against a wall," he said.