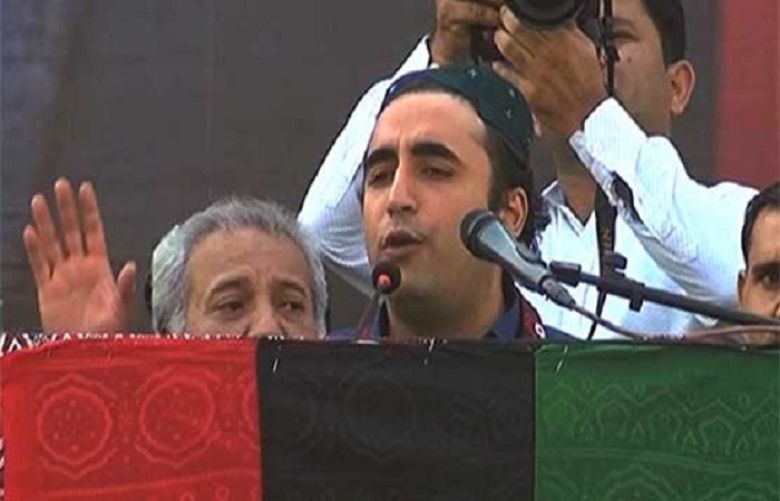 Bilawal was addressing at Sachal Sarmast Stadium in Kotri, a city in Jamshoro district of Sindh province.

“The puppet government thinks that eliminating 18th amendment will provide them benefit. The federal government cannot compete against us on merit. They are conspiring against us but will not succeed,” he asserted.

“We are facing trial for serving the public. PTI has only gained power through rigging. They cannot win free and fair elections from us,” maintained Bilawal.

He stressed that Sindh province is being treated like an orphan while the public is being punished for voting in favour of PPP.

Earlier, the PPP Chairman inaugurated a flyover project in Jamshoro.

Strict security measures have been implemented including installation of CCTV cameras and walk-through metal detectors.

A heavy contingent of police was also deployed around the venue.