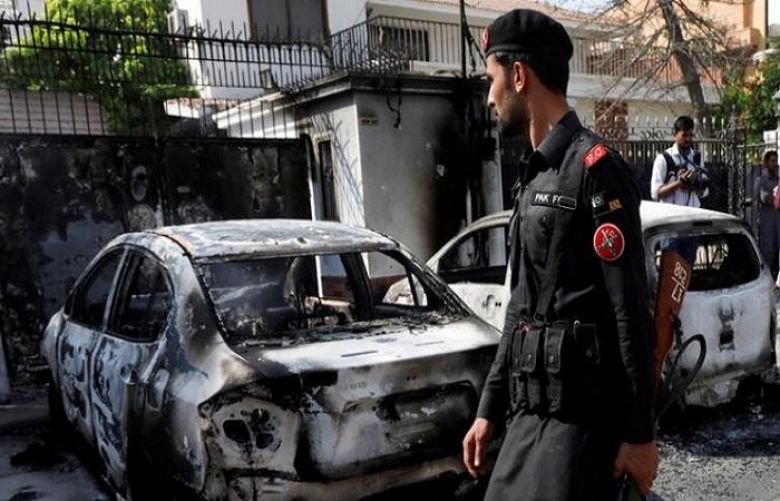 The anti-terrorism court (ATC) on Saturday ordered the Counter Terrorism Department (CTD) to compile and submit the investigation report on February 8 pertaining to the attack on the Chinese Consulate in Karachi.

During the hearing, CTD officers, investigating into the case and having failed to find any evidence and arresting those responsible for the attack on the Chinese Consulate, pleaded with the court to close the case, whereas the jury expressed concerns over“reasons for keeping the case in the A-Class category.”

The A-class category is applicable to those cases where suspects are apparently unknown or untraceable.

‘Why there had been no efforts to catch the attackers’, the court asked, while ordering the officers strictly to investigate the matter thoroughly and arrest the suspects.

The current report presented before the court mentioned ‘information’ regarding the killing of Aslam Acho, however, further states of having no confirmation or evidence.

The report further stated that the flag of the BLA was recovered from the killed terrorists.

Earlier on Friday, Karachi Police Chief Dr Amir Ahmed Shaikh, during a media briefing, claimed that the attack on the Chinese consulate was planned in Afghanistan, and executed with the support of the Indian intelligence agency - Research and Analysis Wing (RAW).