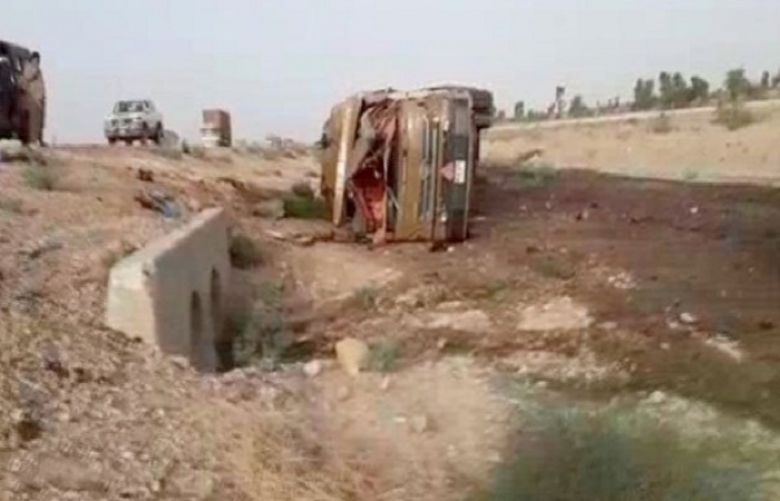 Another oil tanker carrying over 50 thousands litres of diesel was overturned on Motorway near Hyderabad.

As per details, an oil tanker going to Moro from Karachi overturned on Motorway at Chari area some 32 kilometers off Hyderabad.

The driver – who was severely injured and consequently taken to the hospital – allegedly in a drowsy state caused the tanker to veer off from the Karachi-Hyderabad route and crash, rescue sources revealed.

The tankers went off the road and overturned in the rough terrain. Police said that diesel oil spilling from the tanker.

Motorway Police and rescue officials have rushed to the spot. The injured driver was shifted to a hospital in Hyderabad.It is to be mentioned here on June 25, an oil tanker carrying gasoline overturned in Ahmedpur Sharqia in Bahawalpur and subsequently caught fire killing about 214 people.

In recent days, oil tankers crashes have become more frequent and there are reports that most of the tankers don’t comply with the relevant regulations and lack fitness certificates.