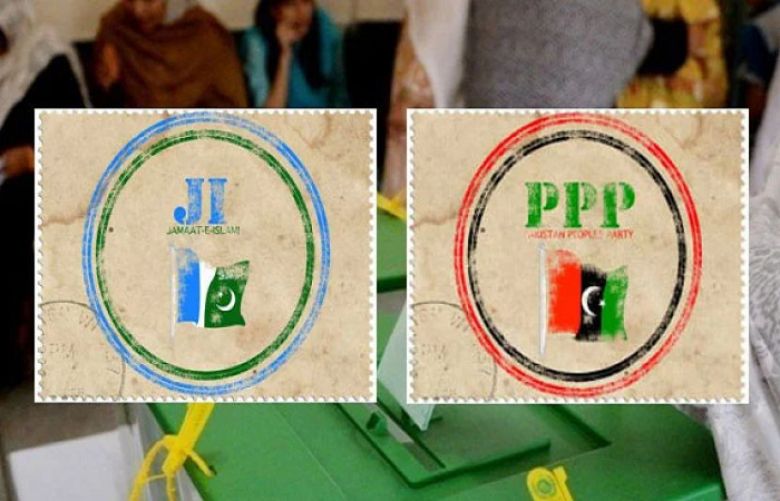 The results also highlighted that ECP has formulated the results of chairmen and vice chairmen in 229 union councils.

However, the results of six union committees were withheld by the ECP, following which the commission decided to hold the hearing on the matter on January 25.

The results further mention that the elections were postponed for 11 seats due to the demise of the candidates.

District-wise breakdown
From the total 41 seats in the district central, JI secured 37 seats whereas PPP bagged four and PTI one.

From the total of 30 seats in district Malir, PPP bagged 20 and PTI four seats. JI secured three, PML-N two, and an independent candidate bagged one seat.

Of the total seats 25 from district west, PPP and PTI both secured nine seats whereas JI won five and JUI-F two seats.

The total number of seats in district south was also 25 from which PPP secured 15 and PTI nine, whereas TLP was able to bag only one seat.

From district Korangi, JI won 21 and PTI eight seats, PPP three, and PML-N secured two from the total number of 34.

Of the total 31 seats of district Keamari, PPP was able to secure 26 seats, PML-N three and PTI two.