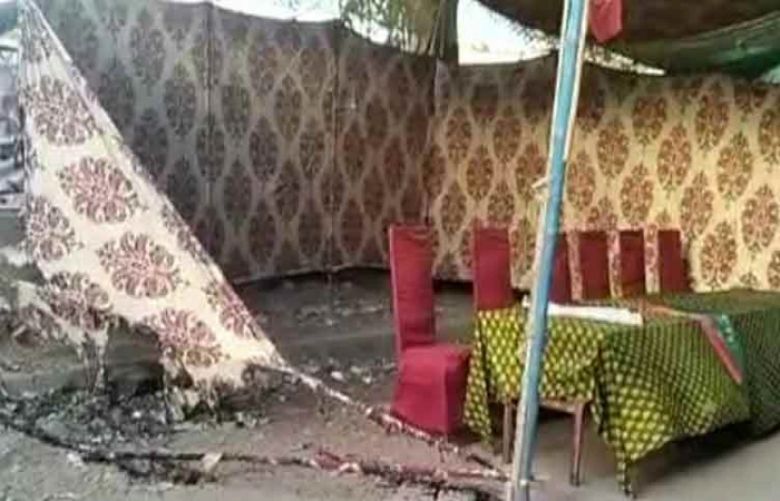 Seven polling camps of political parties Saturday have been burnt in different areas of Karachi by unidentified people during the polling process of local body elections.

Police said the fire broke out near the Boys Secondary School polling camp and was brought under control in no time. The suspects fled the scene.

Police officials said the investigation is underway to determine the cause behind the fire as initially, it looks like someone lit up the fire to save themselves from cold.

It may be noted that polling for the second phase of local government (LG) polls in Sindh has kicked off in Karachi and Hyderabad divisions with over 3.4 million people exercising their right to vote to elect their local governments.

The polling is taking place in seven districts of Karachi and nine districts of the Hyderabad division. Strict security measures have been put in place to ensure fair and transparent elections in both divisions.

It is being reported from various parts of Karachi and Hyderabad that polling has yet not begun due to staff ‘unavailability’.