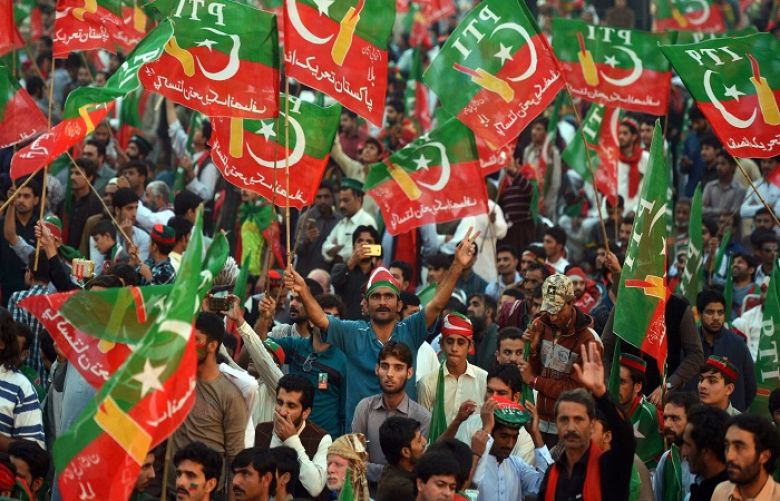 All 26 PTI MPAs from Sindh have submitted their resignations to the party's parliamentary leader Khurram Sher Zaman on Monday at the directives of former prime minister and party chief Imran Khan.

Khurram, while confirming the development, said that opposition leader Haleem Adil Shaikh is also aware of the situation and he will submit the resignations to the Sindh Assembly as soon as he instructs.

In a statement, Khurram lashed out at the talks between former president Asif Ali Zardari and MQM-P leaders, saying that the MQM-P is now begging and reminding Zardari of the agreements he made with them.

He said that the MQM-P will once again fail in its effort as to whom they are pleading will be removed from Sindh soon. "The facilitators of regime change have been deprived of sleep at night," he added.

The PTI leader said that there needs to be solid reasoning behind the implementation of any agreement. However, he added, the MQM-P no longer even had the Muhajir support.

"Both parties are afraid of their defeat even before the local government elections. People know that the MQM-P is supporting all the wrong policies of the coalition government," he further said.

On Saturday, after being disappointed with the Supreme Court and establishment for not facilitating to hold early general elections, the PTI chairman changed his strategy wherein he had decided to quit all provincial assemblies.

If that happens, then the PTI’s governments in the provinces of Punjab and K-P will also come to an end.

Now, a debate has started as to why Imran had announced leaving the assemblies and would this strategy be successful.

First, Imran wants early elections because of his popularity among the people and it will be easy for the PTI to win the majority of the seats at present.

Secondly, the sword of disqualification is hanging over the PTI chief in several matters, especially the Toshakhana and prohibited funding cases.

An estranged PTI leader said if the PTI quit the Punjab Assembly then the PML-N might form its government in the province.

Interior Minister Rana Sanaullah while speaking on a private TV news channel said a resolution would be submitted immediately to the Punjab Assembly for a no-confidence vote against Chief Minister Chaudhry Parvez Elahi, a PML-Q stalwart.

In case of the submission of a no-confidence resolution against him, the CM cannot dissolve the assembly.

Chaudhry Moonis Elahi, the chief minister’s son, has announced that whenever Imran asked, the Punjab Assembly would be dissolved immediately.

However, political analysts say that if 'powerful circles' oppose the dissolution of the Punjab Assembly, then the CM might also act upon their advice as he has a long-term association with them.

On the other hand, the situation is in favour of the PTI in the province of K-P.

If the PTI quits the K-P Assembly, then there is no option other than holding elections.

Ever since, the PTI resigned en masse from the National Assembly back in April, it took to the streets and demanded snap elections.

The PTI leadership was repeatedly asked why it did not force elections on the ruling alliance by dissolving the Punjab and K-P assemblies or resigning en masse from the provincial assemblies, where it was in power.

Imran conditionally answered the question on Saturday when he maintained that the PTI would not be part of the “corruption system” anymore, saying he would consult the chief ministers and parliamentary parties before announcing his future course of action.

The government ministers, however, see Imran’s announcement of dissolving or abandoning the assemblies as a face-saving attempt when he could not muster “revolution crowds”.