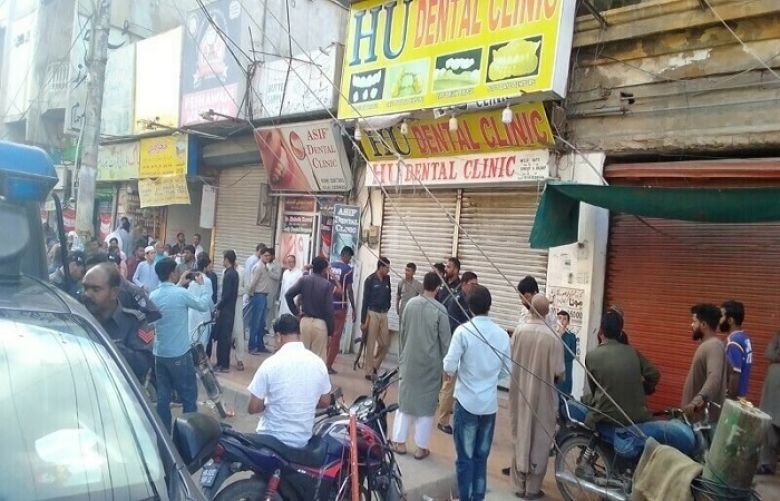 A Chinese national was shot dead and two others were injured on Wednesday afternoon after an unidentified assailant opened fire inside a dental clinic in Karachi’s Saddar area, a police official said.

Speaking at the scene of the crime, SSP South Asad Raza told reporters that one person was killed and two people were injured who were shifted to a hospital for treatment. He confirmed that the three were Chinese people.

According to the official, the assailant, in his early 30s, was clad in trousers and a blue shirt. He entered the clinic pretending to be a patient and opened fire, Raza said.

He added that the victims had been running the dental clinic for a long period of time and had not received any threats.

Meanwhile, Sindh Chief Minister Murad Ali Shah took notice of the killing, according to a spokesperson.

The CM sought a detailed report from the Karachi Additional IGP. Shah also ordered the immediate arrest of the attackers and observed that such incidents were not tolerable, according to the official statement.