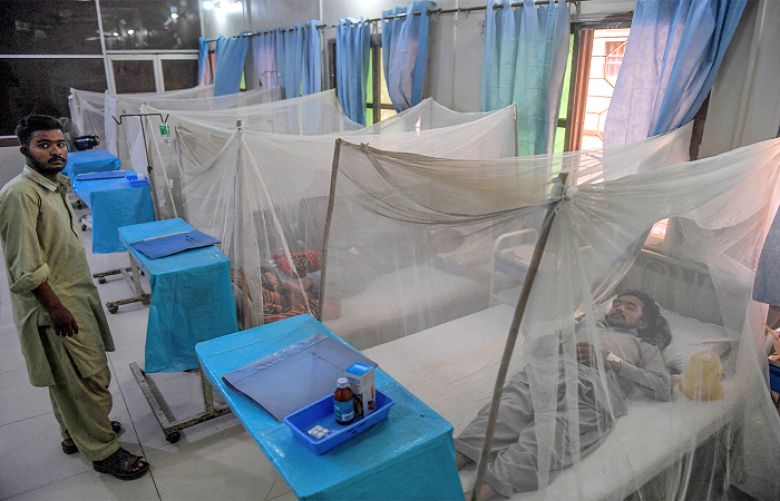 The government of Sindh has decided to establish Dengue Wards in all major public hospitals as Karachi reported 403 more cases in a day.

According to a notification issued by the Sindh Health Department, the provincial government has decided to convert Covid-19 isolation wards into dengue wards.

The health department noted that dengue is becoming an epidemic and the hospitals are running out of beds to admit patients.

According to media reports, Director Health Karachi Dr Abdul Hameed Jamani said that the High Dependence Units (HDUs) that were established during the coronavirus pandemic are being converted into Dengue Isolation Ward.

Currently, there are 32 HDUs in different government hospitals in Karachi.

The authorities will get the wards cleaned and fumigated while mosquito nets will also be installed.

On September 15, a total of 426 cases of dengue were reported from across the province, according to the data released by the Sindh Health Department on Saturday.

Karachi accounts for around 95% of the cases in the province. Since the start of September, the province has reported 2,246 dengue cases.