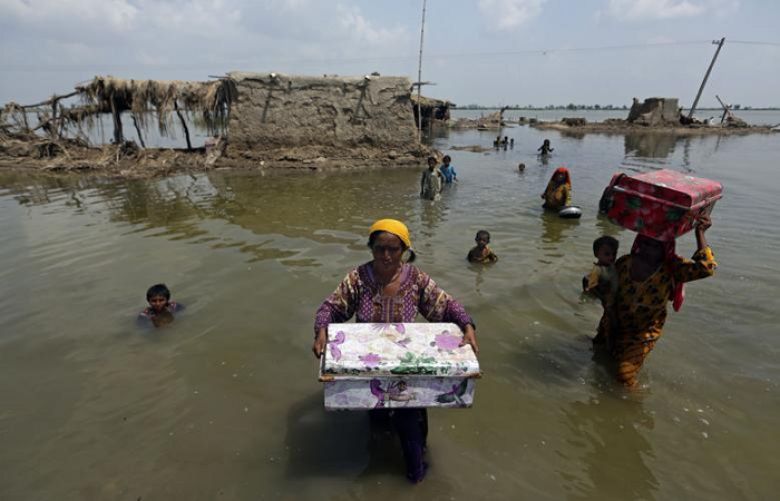 The devastating floods, which rampaged upper and central parts of Sindh on the right bank of the Indus, set off alarm bells in the lower parts of the province on the left bank on Tuesday, where the main outfall drain swelled to a dangerous level and started overflowing.

Fear of flooding gripped the residents of scores of villages and small towns in southern districts of Sindh, locally called “Larr” region, as the Irrigation Department mulled over cutting open the banks of the Left Bank Outfall Drain (LBOD).

Jhudo, a town in the Mirpurkhas district, and Hayat Khaskheli village in the Badin district are already under rainwater for the last two weeks. Now, people in several other areas have been told to evacuate.

The evacuation was ordered because of the possible cut in the LBOD by the Irrigation Department or a natural breech at any weak point. “I fear several areas will go under water in case the water does not get space,” Sindh Culture Minister Syed Sardar Shah warned.

The floodwater coming from different districts, including Khairpur, Nawabshah, Sanghar and Mirpurkhas is discharged into the sea via Badin district. At present, thousands of families in Mirpurkhas, Sanghar, Umerkot and Badin are already living on roadsides because of the floods.