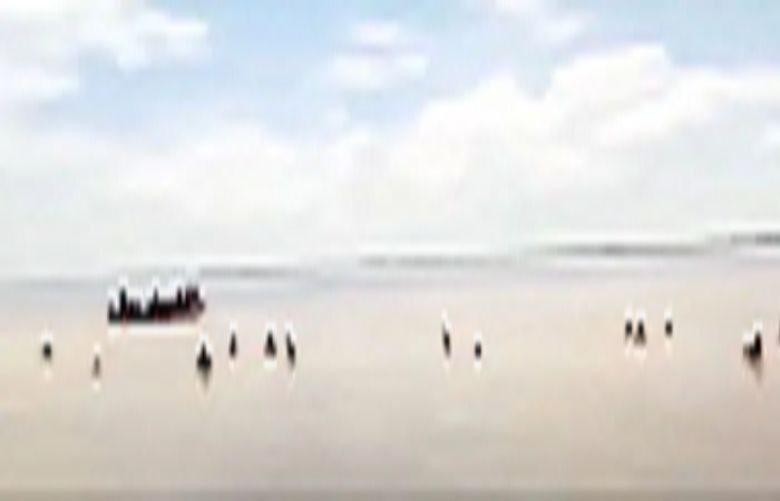 The overloaded boat was heading to a wedding when it capsized in the Indus river in the district of Sadiqabad, the government said in a statement.

Nearly 90 people were rescued by divers, the statement said, adding that the passengers were mostly women and children.

All those on board belonged to one clan, and they were on their way to a family wedding across the river, it said.

Nearly 35 divers from a state-run rescue service took part in an operation to find and save more people who were in the river, the statement said.

A search and rescue operation is underway to locate the missing.

According to the police, two boats carrying a wedding party of around 150 people were coming from Rojhan to Machhka, and one of them overturned.

According to media reports, Hussain Kala's wedding convoy, who belonged to the Solangi community, was travelling to Sardarpur from Machhka in Kharorwali's Rojhan tehsil. The Rescue 1122 divers and district administration officials reached the site and with the help of locals rescued several passengers and retrieved the bodies of others.

So far, the bodies of 18-year-old Shabana, 22-year-old Hamidan, and 14-year-old Allah Dani have been identified, while the rescued include Muhammad Akram, Muhammad Ramazan, Luqman, and Muhammad Amin.

Prime Minister Muhammad Shehbaz Sharif has also expressed his deep grief and sorrow over the loss of precious lives.