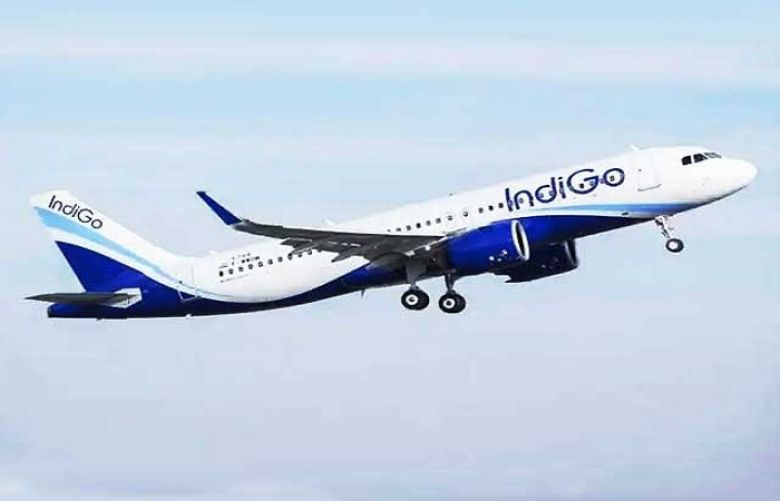 An Indian airliner carrying 186 passengers from Sharjah made an emergency landing at Karachi's Jinnah International Airport — the second such incident this month — after reporting a "technical defect" in the wee hours of Sunday, Civil Aviation Authority (CAA) spokesman Saifur Rehman said.

The IndiGo airline plane, which was bound for Hyderabad Deccan, landed "safely" at the Karachi airport after seeking permission from the air control tower at 2:14am, the spokesperson added.

The passengers were allowed to disembark the plane and were taken to the transit lounge.

An alternative aircraft of the Indian airline has reached the Karachi airport from Ahmedabad to take passengers to their destination after fulfilling the necessary formalities.

"It will take an hour or so to complete the process," the CAA spokesperson said.

Meanwhile, the airliner IndiGo issued a statement saying that its flight 6E-1406 heading from Sharjah to Hyderabad Deccan was diverted to Karachi after the pilot "observed a technical defect".

"Necessary procedures were followed and as a precaution, the aircraft was diverted to Karachi.” the airline added.

It also said the aircraft was currently being examined at the Karachi airport.

Earlier this month, a Dubai-bound flight carrying nearly 100 passengers from New Delhi had also made an emergency landing at the Karachi airport after it reported an "oil leak".

SpiceJet had confirmed the development on its Twitter handle, but insisted that there was no emergency declared as the landing was normal.

The Directorate General Of Civil Aviation was quoted as saying that the pilots had observed an unusual reduction in fuel quantity and suspected a leak.

However, no evidence of the fuel leak was found after the aircraft landed.

A day later, India's aviation regulator had issued a warning notice to SpiceJet after a review of recent incidents — including an aircraft's emergency landing at Karachi airport — showed "poor internal safety oversight and inadequate maintenance actions" by the airline.