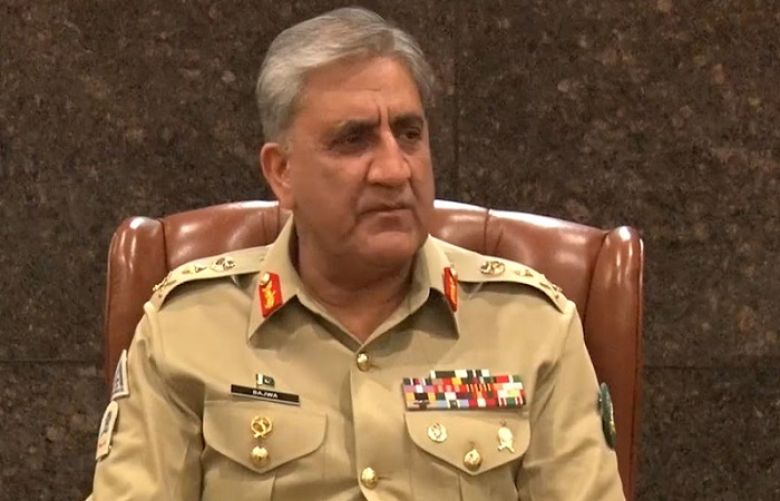 After the recent downpour in Karachi, Chief of Army Staff (COAS) General Qamar Javed Bajwa directed the Karachi Corps to ensure “every single resource is utilised to bring comfort to the people”.

As per the military’s media wing, General Bajwa reached Karachi directly from Saudi Arabia and was flown over the city to oversee the impact of urban flooding due to the recent heavy spell of rain.

The army chief was briefed on the latest situation of flooding and the complete support given to the civil administration by the army in Karachi.

“COAS appreciated the timely response of formations in aid of civil administration for rescue and relief efforts. He directed Karachi Corps to ensure that all out efforts and every single resource is utilised to bring comfort to the people,” said the Inter Services Public Relations (ISPR).

Earlier on his arrival, the army chief was received by Corps Commander Lieutenant General Muhammad Saeed.

Intermittent heavy rains in different parts of Karachi since Monday evening have inundated many areas of the city, bringing life to a complete halt.

To top it all off, the electricity supply in most areas of the city has been suspended for several hours, making it difficult for people to carry on their day-to-day activities.