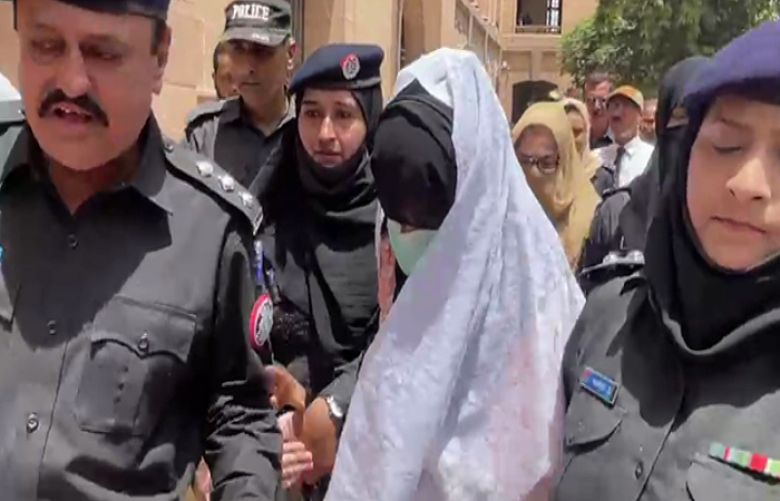 Dua Zehra, the girl who was reported missing from Karachi on April 16 and was recovered from Punjab on June 5, has been presented before a medical board constituted to determine her age, her father's counsel Jibran Nasir said on Saturday.

Dua has in previous court hearings said she is 18 years of age, and a medical test ordered by the Sindh High Court (SHC) found she was 17. The SHC later ruled that Dua, who claims she had contracted a marriage of her own accord, was free to decide her fate.

Subsequently, her father, Mehdi Kazmi, challenged the SHC verdict in the Supreme Court where his petition was disposed of, with it asking the petitioners whether they had challenged Dua's medical report.

The three-member bench had further told Kazmi to approach the relevant forums for the formation of a medical board to determine his daughter's age.

Last week, a judicial magistrate had ordered the police to continue investigation to determine Dua's age, following which a 10-member medical board was constituted.

The first meeting of the special medical board to ascertain Dua's age was held earlier this week. However, she did not appear before it. The board asked the parents to provide relevant documents pertaining to her birth and school certificates.

In a series of tweets today, Jibran Nasir, who is representing Dua's father in the case, said the medical report presented in the SHC earlier was in "violation of standard practices and procedures" because it was prepared by only one doctor.

"Please note all offences in this case are age-specific, he said. "As per law, during trial when considering evidence, a medical report cannot override documentary proof such as Nadra (National Database and Registration Authority) certificates which have been issued prior to the date of crime. However, since a flawed medical report was produced in this case it was imperative to challenge it," he added.