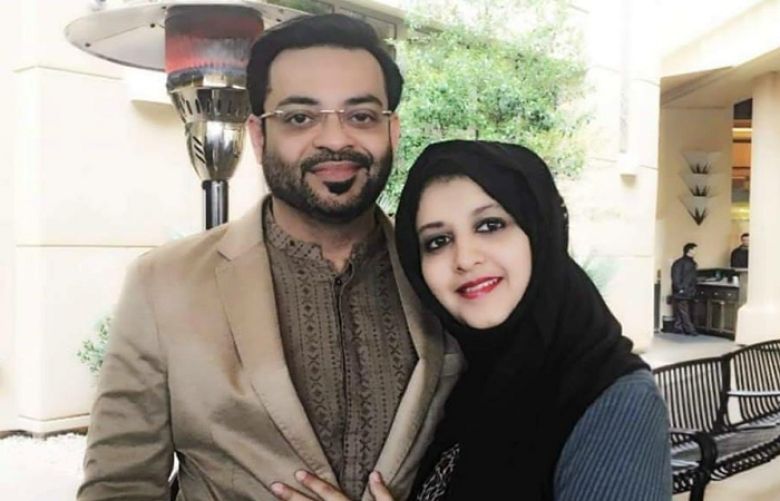 The Sindh High Court on Wednesday extended the stay on a local court's orders to exhume deceased televangelist and PTI MNA Aamir Liaquat Hussain's body for an autopsy till July 19.

The SHC had suspended orders of the judicial magistrate (East), who approved a petition seeking the autopsy of the deceased anchorperson, who was found dead under mysterious circumstances at his residence earlier this month.

Hussain's former wife, Syeda Bushra Iqbal — who is on the frontline in pursuing her children's case against the exhumation — said while speaking to media on the occasion that she doesn't know who is behind the demand for exhumation.

"Humanity has faded away from us, unfortunately," Bushra said while telling journalists that her lawyer will address the questions on Hussain's third wife Dania Malik.

Hussain's sudden demise came weeks after some indecent videos of him had gone viral. It is being widely believed that Dania — who filed for nullification of marriage with Hussain in May — leaked the videos that are said to have made the televangelist go into "depression" and that depression is what caused his death.

Bushra further stated that the petitioner seeking Hussain's postmortem, Abdul Ahad was absent again in today's hearing. She regretted that the family of a person who has just passed away is being dragged to court.

"Those who are actively reporting [on the matter] on social media, why didn't they appear before the judge today?" she asked.

Earlier, Brigade Police Station SHO and East SSP submitted their response in court during the hearing of the petition seeking nullification of the local court's orders.

The reply stated that the police had filed a petition to a judicial magistrate, seeking orders for an inquiry to find out Hussain's cause of death.

However, Hussain's children, Ahmed Aamir and Dua Aamir, said they don't want an autopsy to be performed on their father, it added.

They stated that the East judicial magistrate later ordered to hand over Hussain's body to the family at their request.

The officials in the reply assured the court of following whatever orders it gives.

Meanwhile, police also submitted the reports linked to the case. The citizen seeking Hussain's autopsy — who is also a respondent in case against judicial magistrate's orders — didn't appear at the hearing.