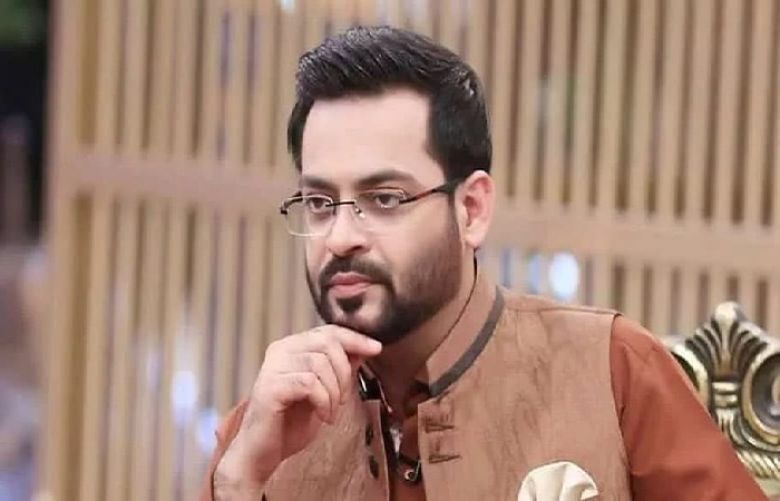 A judicial magistrate in Karachi directed the relevant authorities on Saturday to conduct a post-mortem examination of deceased lawmaker and television personality Aamir Liaquat Hussain, who passed away on June 9 and was buried the next day.

Judicial Magistrate (East) Wazeer Hussain Memon stated, "It is crystal clear that the cause of death of deceased is still uncertain which itself has raised question on the death, either it is natural or unnatural, and could only be ascertained after exhumation of dead body and its examination."

He further wrote, "In the given facts and circumstances of the case at hand and particularly in light of guidelines set by honourable superior courts on the subject, I am of the considered view that disinterment of the body of deceased Dr Aamir Liaquat Hussain is inevitable to determine the actual cause of his death in order to remove suspicions and clouds of doubt over his death."

Following Hussain's sudden death, the police said an autopsy would be conducted, but the move was refused by his family and the police conducted only a preliminary examination before relinquishing custody of the body.

On Friday (yesterday), a citizen named Abdul Ahad had filed an application in the court of Judicial Magistrate (East) Wazeer Hussain Memon, seeking Hussain's post-mortem, arguing that in light of previous "judgments passed by the superior courts, reasonable suspicion is considered to be sufficient, to ascertain the actual cause of death of the deceased to exonerate doubts".

He further contended that the deceased's heirs not giving consent for an autopsy was not a "legal/valid ground to deny the request" for a post-mortem examination.

The petitioner moved the court for holding "medical examination, disinterment, exhumation and post-mortem of the dead body of the deceased for the sake of justice and to discover and ascertain the real/actual cause of death of the deceased".

He also sought the issuance of directives for the Sindh health director-general to form a medical board for the purpose and send Hussain's samples to the Punjab Forensic Science Agency in Lahore for forensic examination and other tests.

The State, East district senior superintendent of police (SSP) and Brigade police station house officer (SHO) were nominated as respondents in the plea.

The court had fixed the plea for hearing at 9am today after issuing notices to the East district SSP, Brigade police SHO and Hussain's family.

It had reserved its judgement on the plea this morning after hearing arguments by the respondents' lawyers.

While presenting his arguments, Sajjad Ali Dashti, who was representing the state, said Hussain's heirs were objecting to his post-mortem examination saying that conducting the procedure would cause "pain to his soul".

"The heirs also say they have no doubts on anyone" in relation to Hussain's death, the lawyer added.

Moreover, a police report submitted to the court stated that according to the police surgeon, the cause of Hussain's death could not be ascertained until an "internal examination of the body is conducted".

The court had reserved its judgement on the matter after hearing these arguments and issued directions for Hussian's post-mortem examination later in the day.

The written order issued later in the day stated that while Hussain's children were his grave's custodians, "when the death is suspicious and there are chances of commission of an offence or otherwise, then it is the basic scheme of criminal law that criminal machinery has to be set into motion to unearth fact behind the scene."