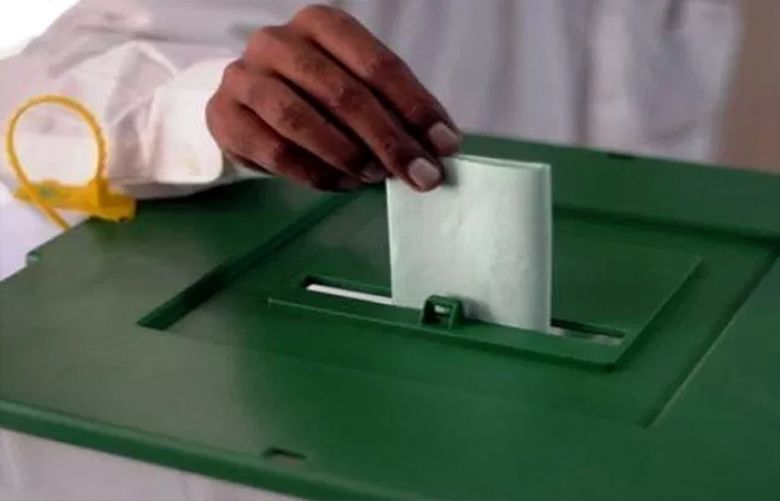 Police have filed multiple cases after one person was killed and several injured in the violence-marred NA-240 by-election.

Among the cases registered at the Landhi police station, a case mentions the name of Pak Sarzameen Party (PSP) Chairman Mustafa Kamal.

According to the FIR, Kamal entered a polling station in Landhi 6 accompanied by 50 to 60 men, and wreaked havoc there.

Another FIR stated that the chaos at the Landhi 6 polling station resulted in the death of one person and injury to several.

It said that clashes broke out when during a TLP rally, several armed men belonging to the TLP opened fire on PSP members.

A passerby, Saifuddin, son of Kalimuddin, was killed in the process.

The FIR said that due to the firing by TLP, deep panic set in among the area's residents.

It further stated that following retaliatory fire by PSP, several people were wounded and are under treatment.

The police cases say that the act of firing by the political parties, that ultimately resulted in a death and multiple injuries, constitutes a crime under sections 302 (punishment for murder) and 324 (attempt to commit murder) of the Pakistan Penal Code.

The third case registered at the Landhi police station was filed on the complaint of the presiding officer and includes terrorism related clauses, said police officials.

According to the first information report (FIR), 400-500 people belonging to a political party entered a polling station all at once.

The staff of the polling station were beaten up and election materials damaged, the FIR said.

When the ballot boxes were damaged, the police sprung into action, it further said, adding that the troublemakers were immediately dispersed and the polling process resumed.

The fourth case, registered at the Korangi police station was filed on the complaint of a police officer and includes a riot clause.

According to the FIR, 20-25 men armed with sticks stood outside a polling station set up at a school.

The police raided the polling station and took five men into custody and recovered the sticks, the FIR said.

The stick-wielding men attempted to destabilise law and order, the FIR added.

Yesterday's by-election saw incidents of violence across the constituency, with one person belonging to the PSP killed and several others injured — including ex-MPA Iftikhar Alam, who is also a member of the PSP.

The contest saw the participation of 25 candidates for the seat — a stronghold of the Muttahida Qaumi Movement-Pakistan (MQM-P) — that fell vacant after the death of MQM-P MNA Muhammad Ali Khan this year on April 19.

MQM-P once again emerged victorious with a close margin of 65 votes against rival Tehreek-e-Labbaik Pakistan (TLP).