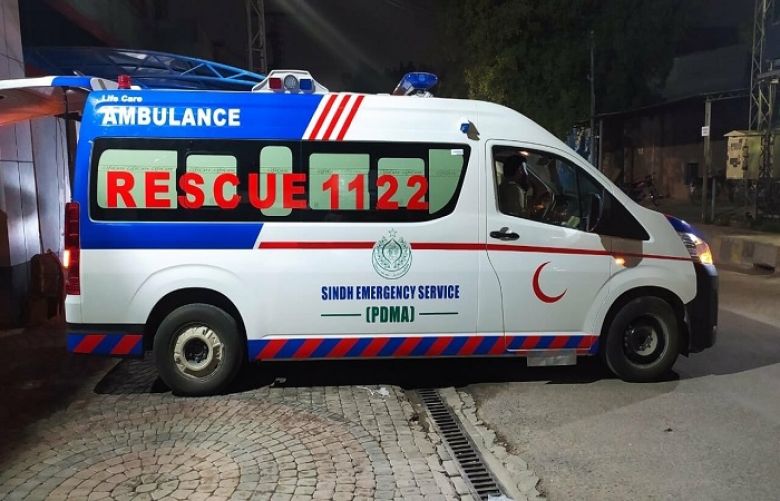 Sindh CM Murad Ali Shah on Tuesday inaugurated the long-awaited Rescue 1122 service in the province, a collaboration between the provincial government and the World Bank, and handed over 50 ambulances to authorities.

The service would be a "complete package of rescue, relief and rehabilitation" and would be connected to fire brigades and trauma centres across the province, he said while addressing the inauguration ceremony at the Karachi Municipal Corporation (KMC) Sports Complex.

Shah said that the government aimed to procure 230 ambulances, of which 50 are being put to service in Karachi from today.

He added that the ambulance service would be expanded to other divisions and districts of the province later.

"I believe, by October, the fleet of 230 ambulances will be completed," Shah said, adding that the service will add 40 new ambulances to its fleet every month.

The ambulances were the first step towards establishing a full-fledged Rescue 1122 service in Sindh, the chief minister said.

He added that the service was needed because of "unprecedented trends of urban expansion and recurring natural as well as human-induced disasters experienced by the province in the last decade, especially the Covid-19 pandemic".

According to a press release from the Chief Minister House, Shah said it was the government's responsibility to ensure public safety and healthcare by addressing different emergencies.

"My government's top priority is to provide an emergency rescue, relief and rehabilitation service to the people whenever any disaster strikes ... a service which provides aid efficiently and as quickly as possible, a service which deals with the catastrophe as the first responder and tries to mitigate the consequences of it."

A central command and control centre would be set up in the project's next phase, while work was also being done to make divisional headquarters operational, the chief minister said.

In addition, the provincial government was holding negotiations with the World Bank to improve rescue centres across the province, he added.

Shah thanked Prime Minister Shehbaz Sharif for his support in launching the rescue service with technical help from Punjab.

Health Minister Dr Azra Fazal Pechuho, while addressing the ceremony, said 85 ambulances were already in use in Thatta, Sajawal and Karachi while the 50 new ones being added to the fleet would have advanced trauma, cardiac and obstetric life support facilities.

The ambulances would have drivers and paramedics who would both be trained, she added.

"Aside from the ambulance services, there will also be rapid response centres from Mirpur Mathelo to Gambat, Moro, Hyderabad, Nooriabad and Malir in Karachi. These rapid response centres will be satellites of the Shaheed Benazirabad Trauma Centre. There will also be a rescue centre every 50 kilometres along the highway so as to respond as quickly as possible to any roadside emergencies."