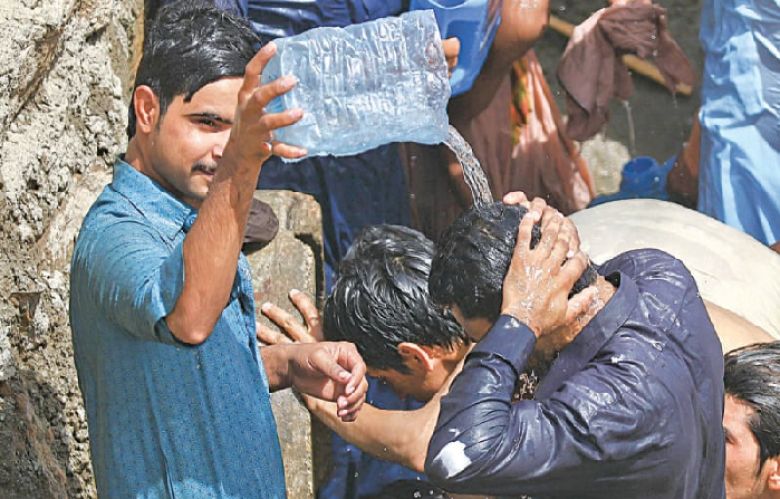 The port city continued to experience an intense wave of heat, with the mercury hitting the 40˚C mark on Saturday, said the Pakistan Meteorological Department (PMD).

With current humidity at 34%, the temperature in the city feels like 45˚C, the Met office said.

The PMD noted that today and tomorrow could be the hottest days of the ongoing spell of the heatwave, as the wind speed recorded in Karachi and other cities of the province was 18 kilometres, per hour.

Rapid melting of glaciers, amid the extremely hot weather conditions, can lead to flooding in the northern region, warned the Met office.

In view of the current situation, Federal Minister for Climate Change Senator Sherry Rehman directed NDMA and PDMA to take measures to deal with the expected threat of flooding.