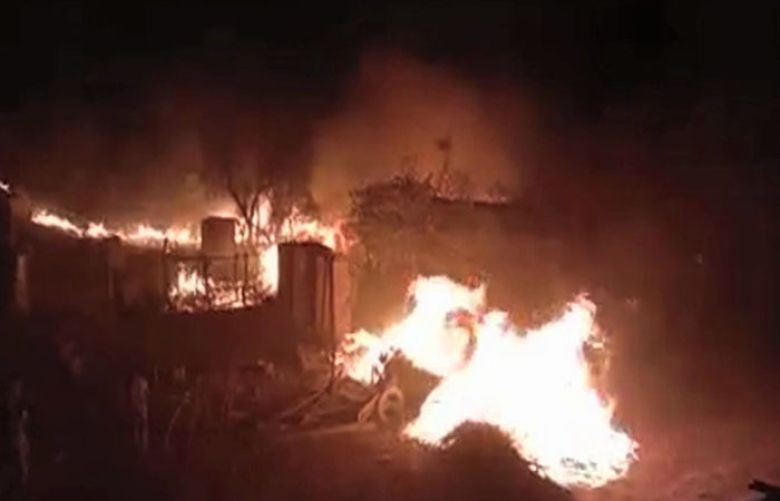 At least four children were burnt alive and several other persons were wounded when fire erupted at different places after dust storm hit Tehsil Mehar and Tehsil Khairpur Nathan Shah of District Dadu in Sindh province on Monday night.

According to details, all the homes in village Faiz Muhammad in Tehsil Mehar were gutted in the massive fire while 25 homes in nearby village Saleh Machi were also destroyed.

Fire also broke out after the dust storm in Tehsil Khairpur Nathan Shah which engulfed over 100 homes in village Faiz Muhammad Chandio due to which four children were burnt alive and several other persons were wounded.

The deceased were identified as four-year-old Mour, five-year-old Abdul Rasool, six-year-old Tehmina and eight-year-old Sakina. On the other hand, several other persons were wounded when they attempted to bring the fire under control on self-help basis. The local police have shifted the dead and injured to hospital.

It is pertinent to mention here the fire brigade and rescue teams failed to reach the affected villages after passage of more than six hours.