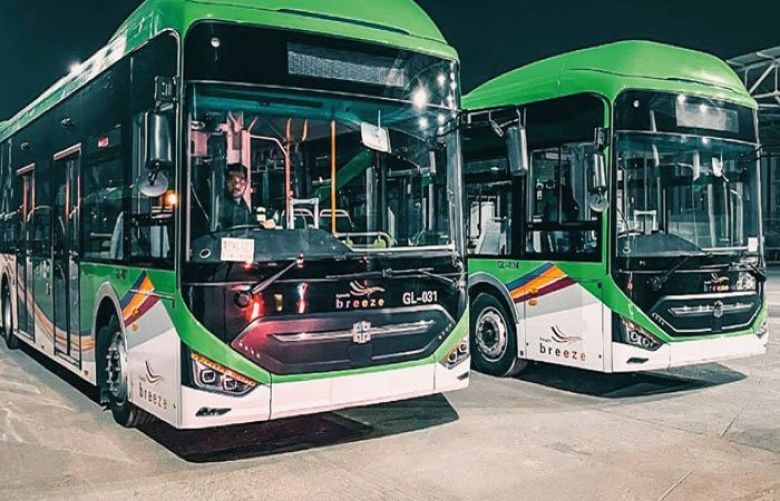 The wait is over for citizens of the port city as the Green Line Bus service has launched full commercial operation from today.

According to details, 80 buses will cover a track of 21 kilometers from 7 in the morning till 10 at night and the fare of one trip will range between Rs15 and Rs55.

The 18-meter-long buses have 40 seats and can accommodate 150 people at a time. The bus has also an adjustable ramp for wheelchair users.

The imported vehicles are of Euro 3 standards which means that the carbon monoxide emissions from the buses are reduced.

It is also to be noted here that despite the claims of completion of project, but in reality many areas including Golimar and UP More, the stations still await escalators and many other areas are in need of finishing. Keeping this in view the citizens have demanded that the fare should be reduced.

The official sources told that the delay in the installation of escalators is due to delays in import services and the work will be completed as soon as the machinery is received.