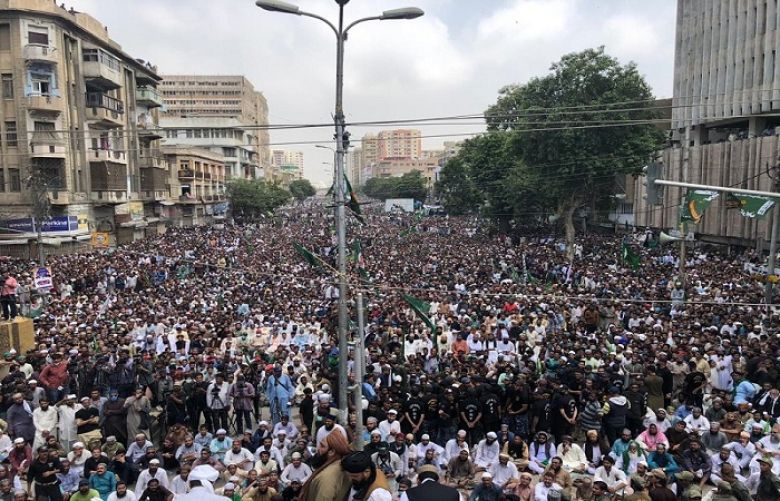 A breakthrough being reported with regard to the Jamaat-e-Islami (JI) sit-in against Sindh’s controversial local government law.

“A team of provincial ministers of Sindh expected to be among the participants of JI sit-in,” according to sources.

The sit-in which is ongoing for last 10 days, has put the pressure up over the government with regard to Sindh’s local councils law, sources said.

The party’s Karachi chief Hafiz Naeem-ur-Rehman has said that the JI has decided to continue the sit-in as a protest will be held today at Karachi’s Shara-e-Faisal.

“The sit-in movement will now be run in different areas to press for the demand,” Naeem said. “Party’s central leader Liaquat Baloch will attend the sit-in tonight,” he said.

“A rally against the local government law will be held in Larkana,” he said. “Jamaat-e-Islami is talking to connect the people,” he said.

JI had earlier announced to expand protests to different parts of Sindh to mount pressure on the provincial government to withdraw the local government law.

The announcement was made by JI Sindh Ameer Muhammad Hussain Mehanti while addressing the sit-in outside the Sindh Assembly to oppose the Sindh LG law.