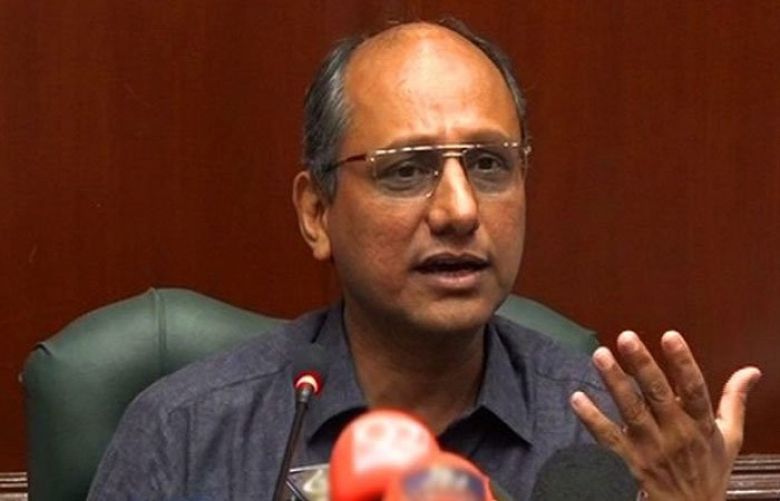 Sindh Information Minister Saeed Ghani on Monday said that the provincial government should be allowed to regularise buildings made in violation of rules and regulations as it affected the lives of millions of Pakistanis.

The minister made the comments while speaking to the media in Peshawar alongside PPP leader Nayyar Bukhari ahead of a rally to mark the party's foundation day on Nov 30.

Responding to a question about Nasla Tower — a 15-storey residential building which the Supreme Court has directed authorities to demolish for encroaching on land meant for a service road — Ghani said that the issue should not be viewed in "isolation".

He said that there were "minor violations" during construction work across the country. "Sometimes citizens make their homes on state land and end up living there for 50 years," he said.

Giving an example, he said that there were two massive buildings constructed on Islamabad's Constitution Avenue. "Notice was taken, there were some violations and the lease was cancelled. But because it concerned the apartments of some major people, including Prime Minister Imran Khan, it was regularised and fined Rs18 billion."

Ghani further claimed that PM Imran's personal residence in Bani Gala was made in violation of rules and regulations, but "it was fined and was regularised".

Moving on to Bahria Town, he said that the Supreme Court took notice after it spotted some irregularities. "They were fined Rs460bn and Bahria Town was regularised."

"Now the question that arises is that ways have been found to [facilitate projects which concern] buildings, homes and properties of affluent people. That is not a bad thing," he said, adding that an alternative should be sought when it concerns people's homes.

However, the yardstick should be equal for everyone, the minister said.

Ghani noted that the Punjab government had issued an ordinance to regularise more than 6,000 irregular housing societies across the province and had also constituted a commission for this purpose.

"If the Punjab government has done this and there are previous Supreme Court judgements present, why is this standard not [applicable] to the people of Sindh?"

He said that the Sindh government should be allowed to regularise buildings that are in violation of rules and regulations or houses that have been built on amenity plots.

"We don't want illegal construction to happen or houses to be made in the wrong places. But where the number of affectees goes into millions, who will not be able to remake their homes, then it is the responsibility of the government to save their homes."

Ghani added that this issue needed to be viewed from a human angle rather than a legal standpoint.

"The kind of directives being issued by the courts in Sindh, if we begin implementing these then millions ,not thousands, will be rendered homeless."

He continued that he did not doubt the sincerity of the country's judges. "They want to stop illegal [construction] in Karachi and want to restore the city's beauty. That's a good thing. But will we achieve this by rendering millions homeless?"

He stated that the Sindh government was debating on drafting a law on how to regularise such buildings so that they can save people's homes.