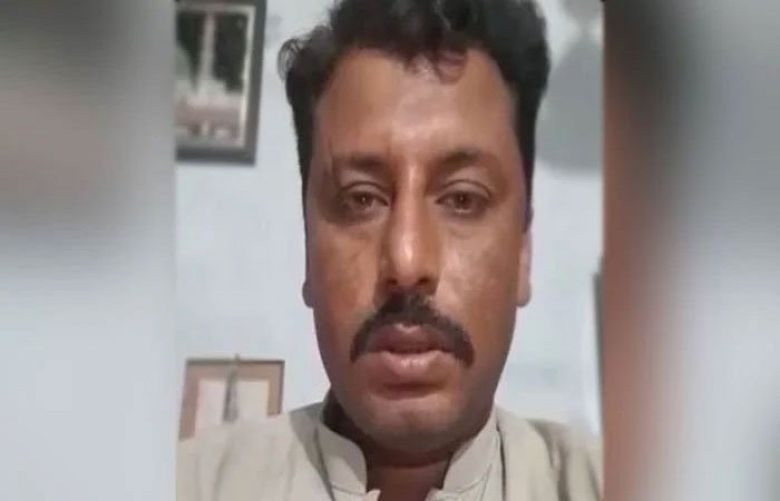 In a major development in the investigation into the Nazim Jokhio murder case, the police recovered Sunday the victim's mobile phone and clothes from a well situated near the Jam House, a farmhouse belonging to PPP MPA Jam Owais, the prime suspect, in Karachi's Malir.

The investigation officials recovered Nazim Jokhio’s mobile phone and clothes from the well after identification by the arrested suspects. The police officials said that the suspects set the well on fire after dumping the belongings of the victim in it.

Most part of the phone had burnt in the fire, the police officials said, adding that the things would be sent to the Punjab Forensic Laboratory.

The police are expecting a major breakthrough in the investigation after receiving the report from the forensic laboratory.

The investigation officials said that Nazim Jokhio was held hostage and tortured at the warehouse in Jam House. The police have collected all evidence from the warehouse, said the officials.

Initially, PPP MPA Jam Owais was among five people who had been nominated in the murder case, the investigation officials said, adding that after recording the suspects’ statements under section 164 of the Criminal Procedure Code (CrPc), the names of 11 more people have been included in the case.

At least six suspects, including PPP MPA Jam Owais have been arrested so far, the police officials said, adding that MNA Jam Abdul Karim is among the four suspects who have received pre-arrest bail from the court in the case.

He is the elder brother of prime suspect PPP MPA Jam Owais.

The Balochistan High Court had granted protective bail to Jam Abdul Karim in a petition filed on his behalf by Advocate Sajid Tareen.

On November 9, a kidnapping section had been added to the police report in a case pertaining to the murder last week of Nazim Jokhio — who purportedly filmed a PPP lawmaker's guests hunting houbara bustards in Thatta — the Sindh police had said.

The police had said that besides three suspects who have been arrested, an additional 11 people have been nominated in the case. They had added that the prime suspect PPP MPA Jam Owais' older brother, MNA Jam Abdul Karim, was also among those to had been nominated.

Furthermore, video footage from the time of Nazim's murder, which went missing from the Jam House, had been recovered, the police had added.

The police had said that following the murder, the footage had been removed from the site and was traced after the suspects arrested in the case were questioned.

Nazim Jhokio had stopped a car near his village in Thatta that bore a foreign number plate and asked the people sitting inside the vehicle why they blocked the road and what they were doing there. A verbal brawl ensued. Nazim was given death threats and they tried to snatch his mobile. He somehow managed to escape from the scene at the time.

According to his brother, Afzal, Nazim had broadcast a live stream on social media of a hunting expedition involving foreign guests of PPP MPA Jam Owais.

Later, the PPP MPA called him to his house, where he was brutally tortured, Nazim's family claim.

The police recovered Nazim's body from Memon Goth in Malir on November 3.