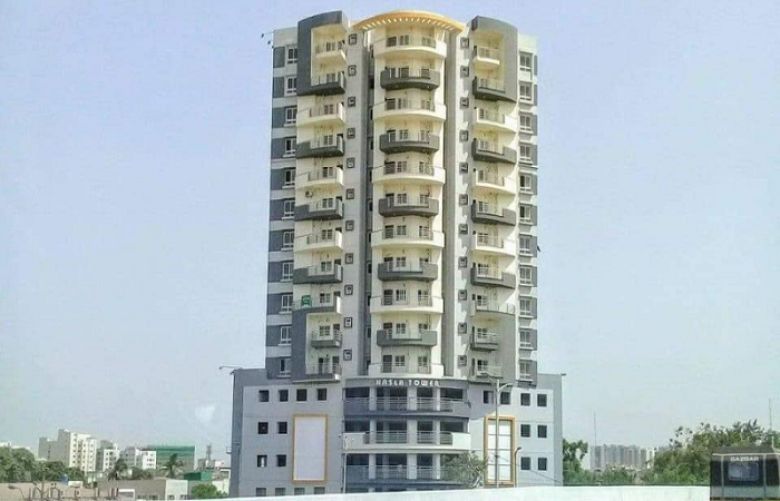 The Supreme Court directed Monday the Karachi authorities to demolish the Nasla Tower through a controlled implosion within a week.

Chief Justice Gulzar Ahmed heard the case pertaining to the illegal construction of the residential complex on a service road on Sharae Faisal.

In June, the SC had ordered the tower’s demolition over its illegal construction on a service road, telling the builders to refund the registered buyers of the residential and commercial units within three months.

During today’s hearing, the CJP directed the owner of Nasla Tower to compensate the occupants and ordered the Karachi commissioner to ensure payments are made to the affectees.

The court also issued the instruction to the concerned authorities to submit a compliance report within a week.

The bench stated the tower should be demolished by a controlled implosion and no damage should be done to buildings or people near it.

Earlier this month, Nasla Tower residents had been issued a notice to vacate the building by October 27 or face legal action.

The notice was issued on October 12 by an official of the District East after the apex court’s rejection of a review petition that requested the court to take back its order to demolish Nasla Tower.

The order had mentioned that the commissioner has to submit a report on the SC's instructions and ensure the building is vacated.

"Take notice that you are required to vacate the building ie Nasla Tower within (15) days," read the notice.

"In case of failure, necessary proceedings under Section 3 of Sindh Public Property (Removal of Encroachment) Act, 2010 may be initiated against you, or other coercive action may be taken."