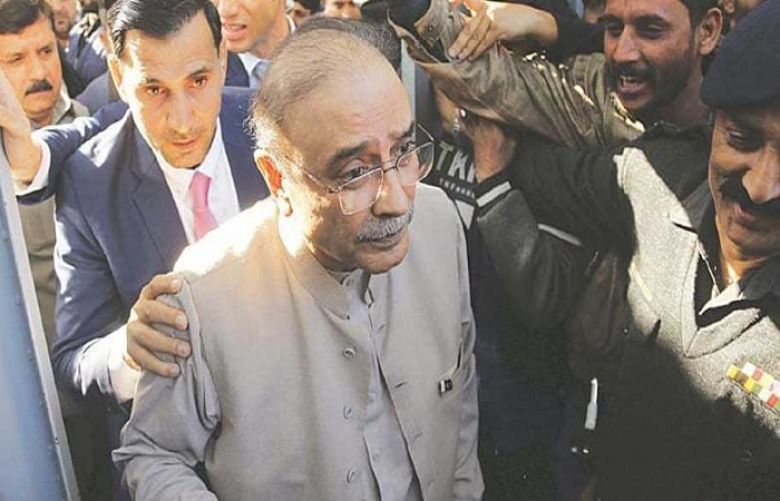 PPP Co-chairperson Bilawal Bhutto-Zardari has arrived in Karachi from Islamabad while Bakhtawar Bhutto-Zardari and her husband have also reached the city from Dubai to attend to her father.

Last year in October, the PPP leader and former president was admitted to a hospital due to low sugar level.

Bilawal, during his recent address at the National Assembly, had said that Zardari had attended a budget session despite being unwell.

The former president had arrived in Karachi recently from Lahore and Islamabad. In Lahore, he had recently attended a meeting with former Punjab chief minister Pervaiz Elahi.

Dr Asim Hussain said the former president had undergone a medical check-up at a private hospital during which he had complained of severe back pain.

"An orthopedic surgeon is treating Asif Zardari, and he has undergone necessary medical tests,