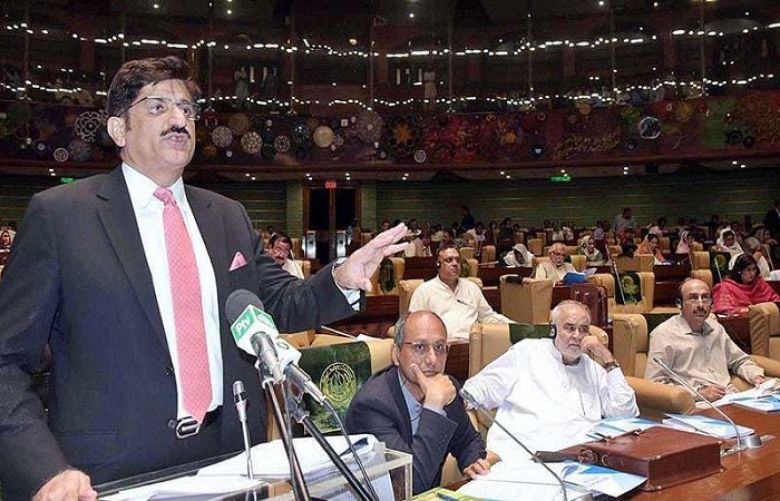 Sindh Assembly on Friday approved the provincial budget for the fiscal year 2020-21, amid ruckus from the opposition benches.

The house met with Speaker Agha Siraj Durrani in the chair. The opposition members were asked for speeches by the speaker, but they denied and started raising slogans in the house.

The behaviour of opposition parties compelled Speaker Durrani to suspend all the speeches and gave the floor to CM Sindh Syed Murad Ali Shah.

After the concluding speech of the chief minister, the Sindh assembly approved the budget for the fiscal year 2021-22 during the hue and cry of the opposition.

Later, the house was adjourned till Monday.

On June 15, Sindh Chief Minister Syed Murad Ali Shah, who also holds the portfolio of Finance Minister, had presented the budget of the province for the next fiscal year 2021-22.

The total outlay of the budget for the province is estimated at Rs1.477 trillion, witnessing an increase of 19.1 percent from the previous year.

The total receipts of the province for Financial Year 2021-22 are estimated at Rs.1.452 trillion as against a budget estimate of Rs.1.22 trillion for CFY, showing an overall increase of 19 percent.