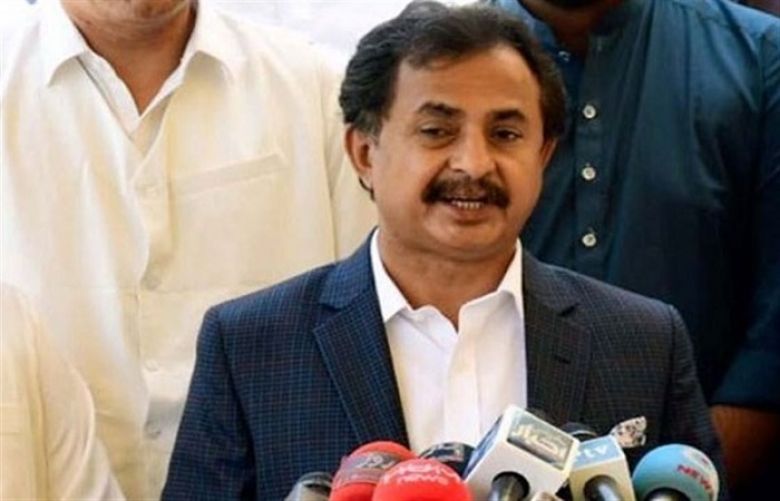 An anti-terrorism court (ATC) in Karachi has sent Pakistan Tehreek-e-Insaf (PTI) leader and the Leader of the Opposition in the Sindh Assembly, Haleem Adil Sheikh, to jail on judicial remand till February 25,  reported on Friday.

The ATC heard a case related to aerial firing and creating a disturbance in by-elections in Karachi’s PS-88 constituency on February 16.

Haleem Adil Sheikh and other accused have been produced before the court by jail officials today.

The prosecutor told the court that the accused had attempted to intervene into the polling process during the PS-88 by-elections. The prosecutor also sought remand of Haleem Adil till March 3.

The counsels representing the accused apprised the ATC judge regarding the recovery of a poisonous snake from the room of Sheikh.

The lawyer argued that the case was the result of political revenge but not a terrorism case. He said that firing was resorted to on the vehicle of Haleem Adil Sheikh.

During the hearing, the opposition leader said that the snake was deliberately left in his room and it was a conspiracy to murder him.

To this, the judge remarked that he should not deliver such political statements outside the courtroom. “We are sending you to jail and you will be safe there.”

Later, the court sent Sheikh to jail on judicial remand till February 25. The ATC ordered authorities to produce the accused again on February 25.

Moreover, the court issued notice to the prosecutor regarding the bail plea of Sheikh and sought arguments on February 22.