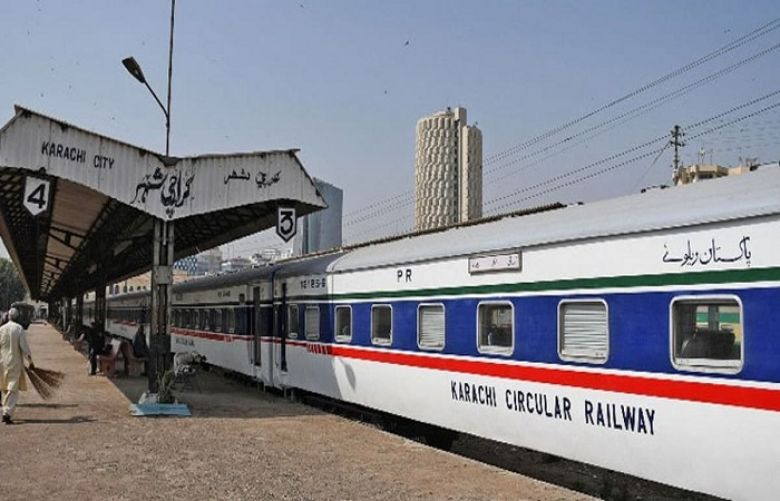 The trial run of a KCR train operationalized the railway track from the City station to Orangi.

This portion of the KCR track was not operationalized earlier due to various technical and other issues.

The first regular train on the track, KCR 1 Up will start its journey from Orangi station at 4:16 pm today.

The train will pass through the route of Manghopir, SITE, Shah Abdul Latif, Baldia, Lyari and Wazir Mansion stations to its travel to City railway station. The train then run towards Dhabeji on its already operationalized route.

On 14 kilometres long route from the City station to Orangi, there are eight stations and 12 railway crossing.

The KCR train service will cover a distance of 74 kilometres from Orangi to Dhabeji.

Each train will run with five coaches having a seating capacity for 500 passengers and 30 rupees fare.