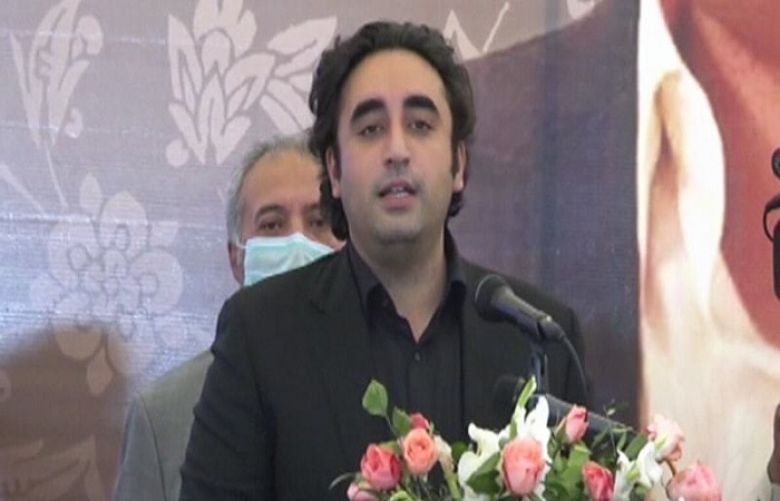 He has advised this with the view that it will be much more effective than the ongoing Pakistan Democratic Movement (PDM) rallies.

"Even 10 rallies will not yield the kind of results as a strategy meeting over a cup of tea which is sure to cause the government to worry," he said, while addressing the inauguration ceremony of the Larkana Industrial Estate.

He said he will speak to the Opposition parties to "strike" in the assembly.

"The democratic way to send this incompetent, illegal, unqualified prime minister is through a no-confidence motion," said the PPP chairman.

Bilawal lamented the "damage" caused to the economy over the last two years, since the PTI took the reins of power.

"The PTI government wishes to use brute force as a corrective measure to get the economy running," he said, adding that the Sindh government "did not employ such tactics to collect tax".

He also claimed that the provincial government had increased tax revenue.

The PPP chairman said that the Sindh government considers its duty to take care of the business community, traders and the unprivileged sections of society.

He said a "Labour City" with this in mind had been inaugurated a few days ago in Sukkur.

The PPP chairman said Chief Minister Sindh Murad Ali Shah will also release funds for an industrial zone in Larkana, which the people of Larkana and the province at large will benefit from.

He said in contrast, the people have yet to see the 10 million jobs and 5 million households promised by the PTI government, adding that "Imran Khan's approach in dealing with the industries is there for all to see".

"PPP and the chief minister are obstacles in the way of Imran Khan's anti-people policies," Bilawal said.

He said the party's people had been "targeted by NAB (National Accountability Bureau)".

Bilawal said: "We know what we have to do to get rid of non-democratic forces."

"The federation may have abandoned Sindh, but we never will."