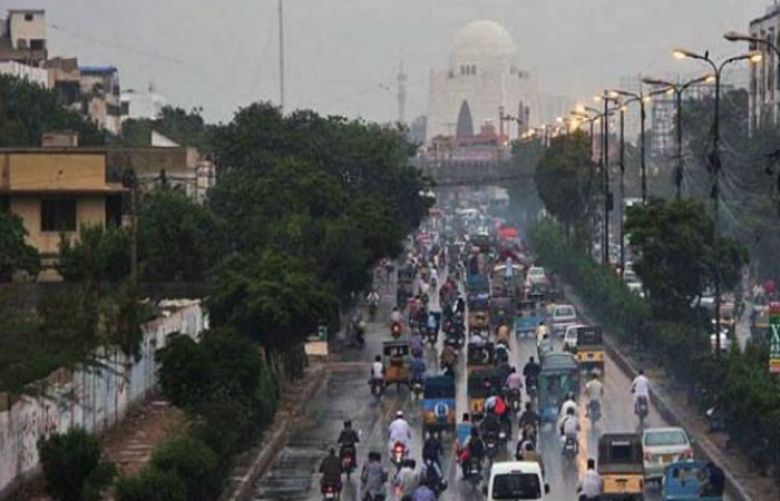 The Met Office on Thursday recorded minimum temperature in the city at 12 ºCelsius amid blowing northwestern winds, according to a weather report.

Northerly/northwesterly winds are blowing in city with 15 kilometres per hour wind speed, according to the PMD.

Humidity level in the city reached to 93 % in the morning as fog engulfed several areas of the city in morning. The fog caused poor visibility at many areas of Karachi as the visibility limit restricted to 1.5 kilometres.

The foggy conditions in morning likely to prevail two more days in the city, according to weather sources.

Fog is likely to persist in plain areas of Punjab and upper Sindh.

Very cold weather is expected in Kashmir, Gilgit Baltistan, upper Khyber Pakhtunkhwa and north Balochistan, while cold and dry in other parts of the country.

Minimum temperature in Quetta remained zero degree Celsius, while minus four in Ziarat and minus two Celsius in Kalat.

A new weather system will enter in Karachi from Balochistan on Saturday night, the Met Office said in a weather report.

The westerly wave will bring gutsy Siberian winds with a speed from 22 to above 30 kilometres per hour.

The entry of the Siberian winds in Karachi will likely to bring minimum temperature in the metropolis as down as four to five degree Celsius.

Fresh cold wave will start in the city from Sunday and will continue for at least three days, the weather report said.