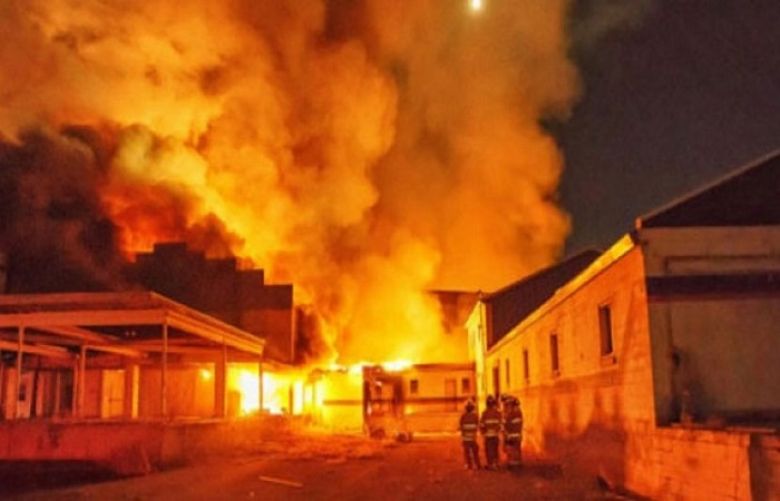 According to firefighters, the fire erupted at a garment factory, which steadily increased and spread to a closeby factory. The two-storey building of the factory where the fire broke out first has collapsed.

At least six fire brigade vehicles are at the scene, struggling to douse flames that are still ragging.

The Export Processing Zone’s secretary Nasir Hidayat said that the fire has been stopped from spreading further. He said the two industrial units have been gutted by the blaze. However, he added, no one was injured in the fire.

The cause of the fire has not yet been determined.

On October 13, a fire had erupted at the Fisheries KPT Boat Building Yard. Fire tenders of the Karachi Municipal Corporation (KMC), KPT, and Pakistan Navy reached the spot and started the operation to bring the fire under control. Eight boats were completely gutted by the fire.