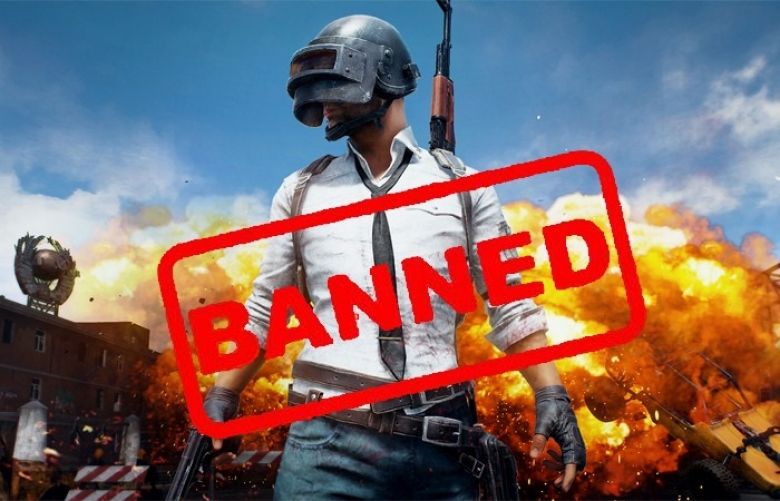 DIG Operations Lahore Ashfaq Ahmed Khan has been relieved after the Pakistan Telecommunication Authority (PTA) banned the Player Unknown’s Battlefields (PUBG) game on his recommendation, saying that he would support a permanent ban on other 'violence-based online games' and websites as well in the future.

Khan had raised the issue and directed concerned police officials to make consultations and officially coordinate with the PTA and other departments concerned to ban PUBG, citing the reason that the youth's future was being ruined.

He had written a letter to the CCPO Lahore on June 26 in which he informed that the divisional SPs had reported two incidents of suicide committed by young boys in North Cantt and Hanjarwal police limits respectively in the month of June.

Ashfaq Khan said he and his higher-ups were consistently in contact with the PTA, FIA and other departments to permanently ban PUBG as well as other violence-based online games and websites in near future.

He said that it was an alarming situation that required thorough research, analysis and affirmative action by the PTA regulatory body concerned and matter should be brought into the notice of FIA Cyber Crime Wing.

He said the game had a tendency to trigger aggressive thoughts causing violent behaviour, addiction to complete the mission causing pain, agony and anxiety resulting in depression and stress. The players of this game ended up becoming less socially active sitting up for long hours causing disruption in sleep pattern resulting in deterioration of physical and mental health.

The PTA temporarily banned the PlayerUnknown’s Battlegrounds (PUBG), an online battle game, for being "addictive" and detrimental to players' health, a notification issued Wednesday read.

The "PTA has received numerous complaints against PUBG wherein it is stated that the game is addictive, wastage of time and poses serious negative impact on physical and psychological health of the Children," the regulatory body had said in its statement.

It added that the decision came on the back of complaints received from different segments of society as well as media reports claiming "cases of suicide attributed to PUBG game".

"Honorable Lahore High court has also directed PTA to look into the issue and decide the matter after hearing the complainants. In this regard, a hearing is being conducted on 9th of July 2020," it added.

"The Authority also decided to solicit views of the public with reference to the said online game. In this regard public is encouraged to provide feedback through This email address is being protected from spambots. You need JavaScript enabled to view it. by July 10, 2020," the statement read further.

Two youths have already committed suicide over the game over the past two weeks.

The police chief of Lahore had requested Punjab Inspector-General of Police Shoaib Dastagir to ban PUBG following a 16-year-old's death by suicide in Lahore’s Hanjarwal area after the teen missed a mission assigned in the game.

A letter sent by Lahore Capital City Police Officer (CCPO) Zulfiqar Hameed to IG Punjab read: “PUBG is an online multiplayer game that has gained immense popularity among young people. The game has influenced the young people and changed their behaviour.”

Last month, local media had reported that a teenager reportedly died by suicide in Lahore's Hanjarwal neighbourhood after he "missed his mission" assigned in PUBG.

Top police officials had said the young boy "took the extreme step for not completing his task while playing the online game", a local media outlet had said. It quoted the superintendent of police (SP) for operations in Lahore's Saddar, Ghazanfar Syed, as saying: “We found his mobile phone on the bed with the PUBG game on at that time near his body."

“It was purely a case of addiction as the boy used to play PUBG game for many hours a day,” the police officer had explained. “The PUBG has been under scrutiny for being a violent game and due to this, many countries are thinking of banning it."

Prior to that, a 20-year-old had also died by suicide the same month in Lahore's Saddar Bazaar area. The young man's parents had stopped him from playing the online game, police had said.