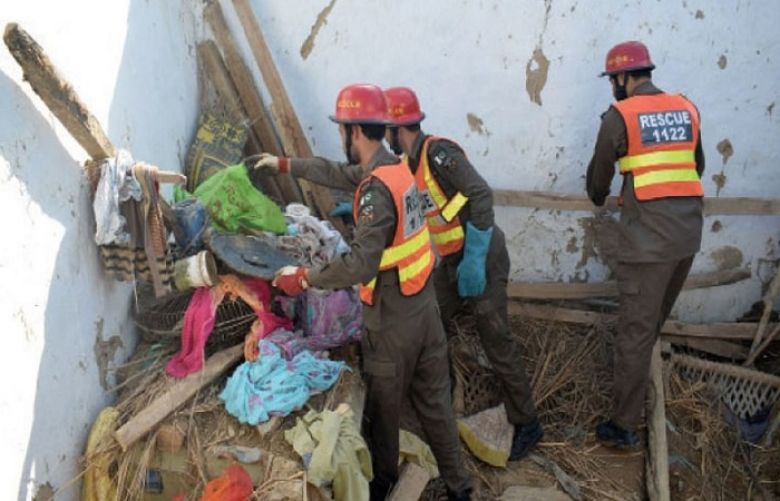 Three minors were killed when roof of a house situated in Chiraghabad area of Gujranwala collapsed on late Wednesday night.

According to details, roof of a dilapidated house collapsed in Chiraghabad area of Gujranwala, burying a man, his wife and three children under the debris.

Rescue teams reached the spot and retrieved dead bodies of three children from the rubble. The parents were pulled out in injured condition and shifted to a nearby hospital.

The deceased children were identified as eight-year-old Kiran, five-year-old Ali and two-year-old Sahil.