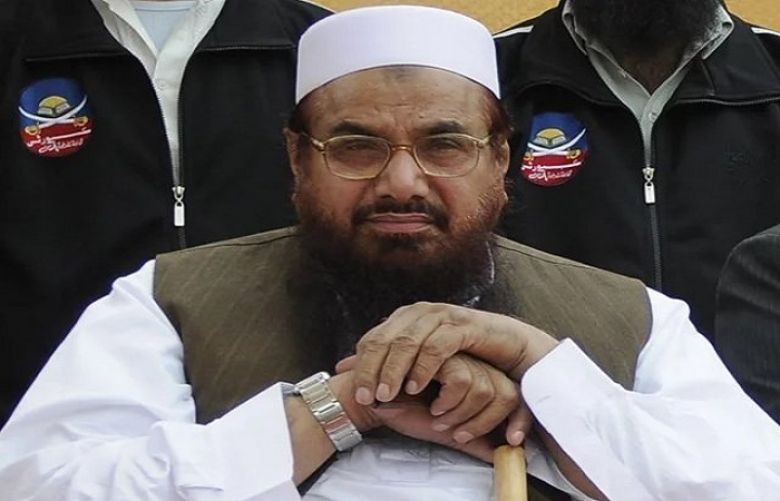 An anti-terrorism court (ATC) in Lahore sentenced chief of the outlawed Jamaat-ud-Dawa (JuD) Hafiz Saeed and two others for five years and six months on Wednesday.

Justice Arshad Hussain Bhutta announced the decision of the verdict, a collective punishment of 11 years and imposed a fine of Rs 15,000 on the JuD chief in both cases.

Saeed was found guilty of "being part of a banned terrorist outfit" and for "having illegal property".

Saeed has been sentenced for five years and six months in each case and the court has stated that both the sentences will begin concurrently.

The cases against the JuD chief were led by Deputy Prosecutor General Abdul Rauf Watto and around 23 witnesses recorded their statements in the cases.

Saeed who has several cases pending against him, was travelling to Gujranwala from Lahore to appear before an anti-terrorism court to seek pre-arrest bail when he was taken into custody.

A CTD official told media Saeed had been presented in an anti-terrorism court and sent to prison. He added that the charge sheet against Saeed will be presented soon. The official further said that a case against the JuD chief had been lodged under the anti-terrorism act.

“The main charge is that he is gathering funds for banned outfits, which is illegal,” the spokesperson told Reuters.

The arrest was part of the Government of Pakistan’s crackdown against outlawed organisations under the National Action Plan.