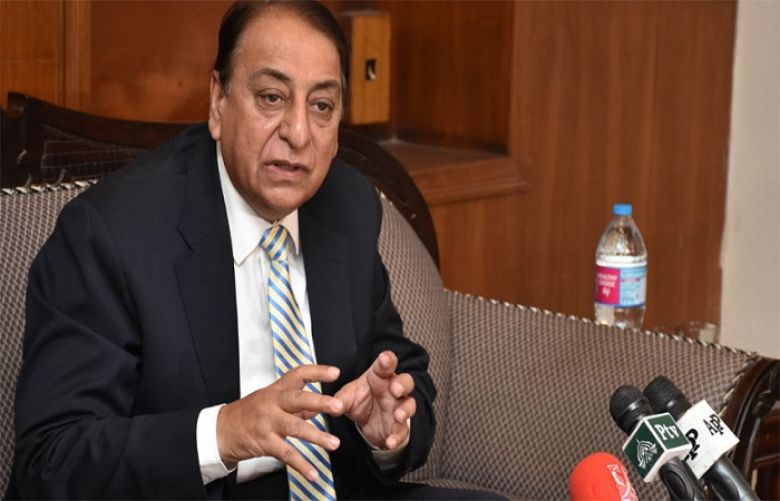 PML-N leader and former state minister for finance Rana Afzal Khan passed away on Friday after suffering from a heart ailment. He was 70.

Khan was under treatment at the Faisalabad Institute of Cardiology, where he was admitted after he complained of chest pains a few days ago.

PML-N President and Leader of the Opposition in the National Assembly Shahbaz Sharif expressed his grief on the politician's demise.

He was quoted as saying that Khan was a "valuable asset" of the party and a close partner of former prime minister Nawaz Sharif.

"He spent his life struggling for the cause of democracy, Constitution, human rights and public service," Shahbaz said.

Born in Faisalabad, Khan was elected to the National Assembly from the NA-82 constituency in the 2013 general elections. He received his early education in Dhaka and obtained an engineering degree from Karachi's NED University, and an MA in Political Science from Balochistan University, Quetta.

He was also commissioned in the Pakistan Army and served as a captain from 1971 to 1976.

Through the 1980s and 1990s, Khan served in a variety of positions, including as a member of the executive committee at the Faisalabad Chamber of Commerce and Industry, and vice chairman at the Water and Sanitation Agency.

He also served as an MPA in the Punjab Assembly from 1997 to 1999 and returned for a second term during the 2008 general elections.

Khan was serving as the parliamentary secretary for finance when former prime minister Shahid Khaqan Abbasi approved his appointment as the state minister for finance in December 2017.