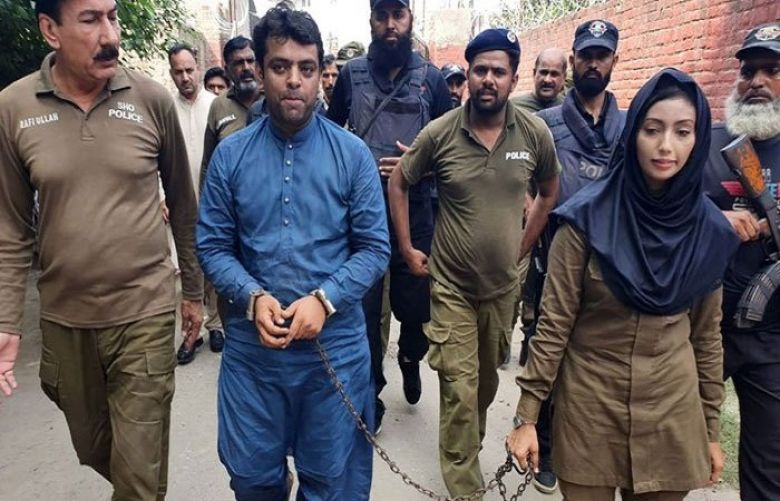 The woman constable, who was violently slapped in public by a lawyer intoxicated on power, resigned on Sunday, saying she was "really fed up with this unjust cruel system".

In a video statement, Constable Faiza Nawaz said she was resigning from her post in Punjab police as she did not see herself getting any justice in the case of verbal and physical abuse by Ahmed Mukhtar Advocate.

Ferozewala lawyer fraternity, as well as their peers in the Sheikhupura district, had boycotted the bars and legal proceedings on Saturday in favour of their fellow sexist lawyer, Ahmed Mukhtar Advocate.

"I can’t see myself getting justice in this regard… lawyer brethren are engaging in my character assassination," Faiza Nawaz said in her statement, adding that the first information report filed against Mukhtar was "weakened by the people of my own department".

The woman constable added that the lawyers had first verbally misbehaved with her but now reached new heights. "I'm an educated BA and Masters in Science lady constable. In 2014, I was hired in the anti-terrorist department and, during this time, I was assigned as lady constable for Punjab police.

"I felt honoured to join the department police and be in this job because I wanted to serve the people and get justice for women. However, I’m saddened that I still did not get any justice," she added.

Noting that she did her duty with honour and honesty, she spoke of how on Thursday, Mukhtar, the sexist lawyer intoxicated by power and patriarchy, had verbally abused her, kicked her in the shins, and slapped her.

Nawaz said: "I’m fed up with this system, I don't understand whether I should commit suicide or die … where should I go? I’m really, really mentally depressed because I’m worried about my respect … about my future.

"I can’t face the powerful world mafia, I’m really really fed up with this unjust, tyrannical, and cruel system, so I’m resigning from my service. That’s all."

On Thursday, Ahmed Mukhtar Advocate had violently slapped Constable Nawaz in the Ferozewala Courts when she told him not to park his car at one of its checkpoints. She had requested him to remove his car, telling him that it would become an inconvenience to others but in his anger, the sexist lawyer verbally and physically abused her.