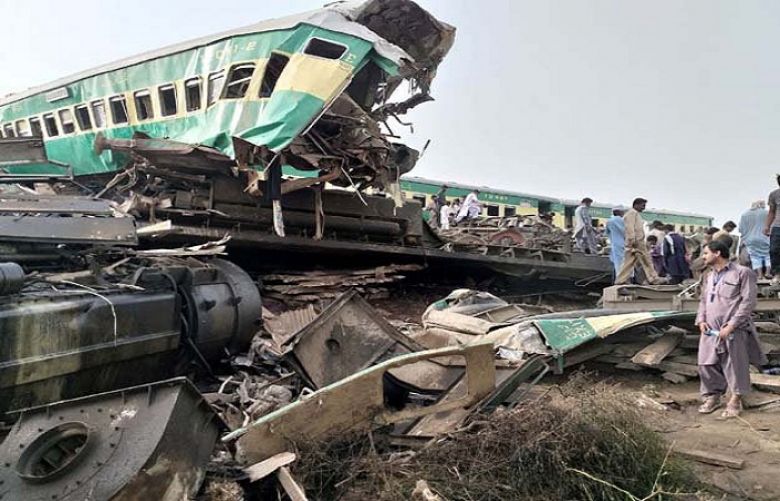 Investigators in their initial probe into Sadiqabad train accident has held the driver responsible for a passenger train accident that rammed into a freight train at Walhar Railway Station.

According to a joint report, the driver of Akbar Express didn’t stop train despite seeing a red signal. Both drivers of the train jumped outside from engine before train ramped into a freight train.

An initial report reveals that over speeding, negligence of the driver were the main reasons behind the Sadiqabad train accident.

The accident took place around 4:15 am on Thursday when Akbar Express hit a parked freight train at the Walhar Railway Station, said report.

The report further said that the train driver could have rescued the accident if he would’ve pressed emergency brakes.

The death toll of the horrific railway accident following a collision between Quetta bound Akbar Express and a freight train at Walhar Railway Station has risen to 24, authorities said.

As more bodies are being recovered from the rubble and wounded passengers succumbing to injuries, the number of deaths continues to increase.

Meanwhile, Deputy Commissioner Rahim Yar Khan Jameel Ahmed has established a control room to provide necessary information to the victim families. The numbers of the control room are 068-9230109 and 0300-9402579.

Sheikh Rasheed had announced that 1.5 million rupees would be given as compensation for each deceased, 500,000 rupees each to critically injured and 200,000 rupees to each who received minor injuries.