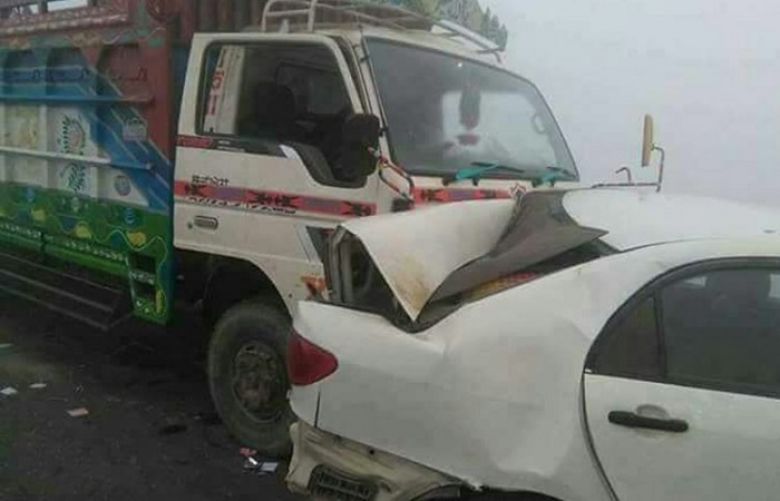 The SSP Kamran Yusuf Malik and his driver died when his car hit cement truck at Motorway near Sial Mor on Wednesday.

According to details, the incident occurred when the SSP was travelling from Lahore to Islamabad.

Mr Kamran was belonged to Gujrat and posted to take charge as SSP in Lahore. The RPO Afzal Ahmed Kausar and DPO Sargodha Hasan Mushtaq reached the place of the incident immediately.

The deceased have been shifted to DHQ Hospital Kot Momin for autopsy while the truck’s driver fled from the spot.