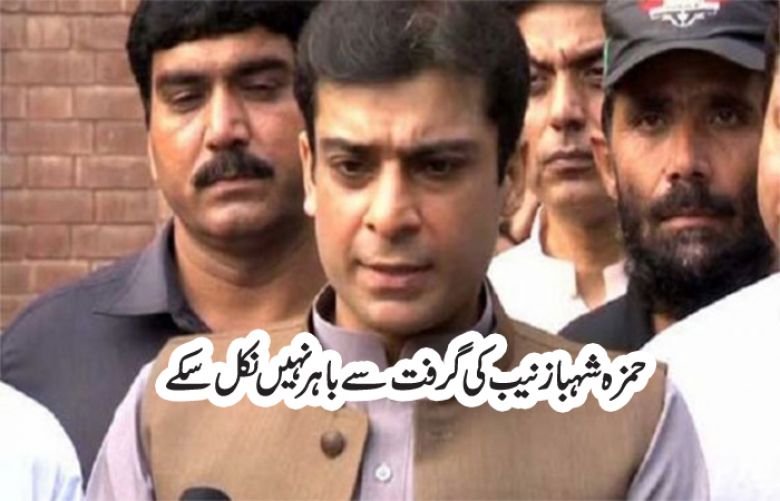 The politician is making an appearance in the Illegal Assets and Money Laundering cases against him.

Hamza Shehbaz Sharif outside the court premises before the court appearance lamented the current government and it’s policies.

Talking about the National Accountability Bureau’s investigations against him upon inquiry inside the court, he said: “The investigators ask me questions and then sit idly by, I urge the court to my 3 month remand to NAB so that their difficulties can be relieved.”

He further added that he was unable to understand what was the anti-graft body trying to achieve and take away from his remand.

Opposition Leader in Punjab Assembly and Pakistan Muslim League-Nawaz (PML-N) leader Hamza Shehbaz had been sent to jail on a 14-day judicial remand in the Ramzan Sugar Mills case on July 5.

The hearing was presided over by accountability court Judge Arshad Naeem, Shehbaz Sharif was also present in the courtroom during the hearing.

The accountability court judge asked the bureau why they wanted further physical remand of the PML-N leader, to which the prosecutor responded that two suspects in the case had not appeared before the bureau.

NAB prosecutor said that the bureau had called various suspects in the Ramzan Sugar Mills case but they had not appeared before the bureau.

Hamza’s lawyer also presented his arguments in the court and said that NAB had previously made the same request for physical remand. He asked why there was a need for physical remand if a reference had been filed in the Ramzan Sugar Mills case.

He said Ramzan Sugar Mill employee Javed Iqbal was cooperating with NAB and had also appeared before the accountability bureau.