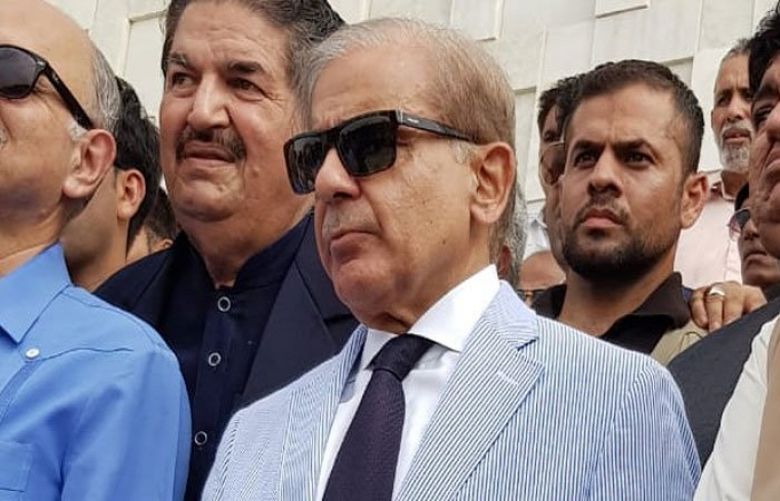 As per details, Shehbaz who spent seven weeks in London for medical treatment was cleared to travel by his doctors.

The PML-N leader landed at the Allama Iqbal International Airport on board PIA flight PK-758 where he was greeted by a large number of party leaders and workers who were there to welcome him.

A day earlier, while leaving for Pakistan from London, Shehbaz vowed to take legal action against the ones spreading baseless news regarding his return to the country.

Speaking to reporters at Heathrow airport, the PML-N president said the government had chosen the path of "cruelty and injustice", adding that all decisions pertaining to a future strategy would be made through consultation with opposition parties.

"Baseless news were spread about my return to country. I will take legal action against the ones spreading false news," he said.

Shehbaz said consultation would be held with opposition parties during a session of the National Assembly on Monday. He added he was ready to face every action taken against him by the government.

Speaking about Nawaz Sharif, the PML-N president said his brother had a medical history and undergone operations as well. He accused the Pakistan Tehreek-e-Insaf of adopting a cold attitude towards his brother, who has thrice been the prime minister of Pakistan.

Shehbaz was arrested in the Ashiana Housing case on October 5, 2018, and released on bail in February by the Lahore High Court. Sharif’s name was also removed from the exit control list.

The PML-N president left for London in April to visit his grandchildren and to undergo a medical check-up, following which doctors advised him not to travel.