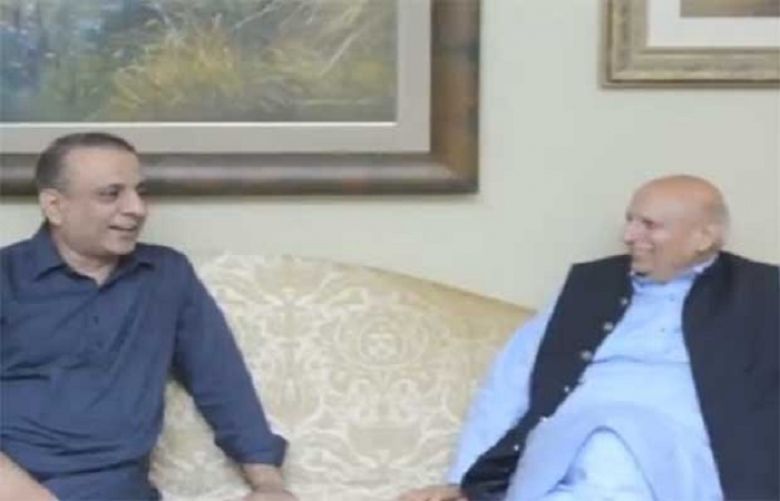 As per details, the Punjab Governor Chaudhry Muhammad Sarwar visited the residence of co-party leader Aleem Khan to greet him on his release from the prison.

Tareen congratulated Khan over his release on bail in the assets beyond means and offshore companies probe being conducted by the NAB.

Both the leaders discussed important matters during their meeting.

Earlier, Aleem Khan was released from prison on Friday as his counsel Mian Zahid-ul-Islam had submitted surety bonds in the accountability court earlier in the morning.

The large numbers of PTI workers warmly welcomed him and showered rose petals.

Aleem Khan, who got bail on Wednesday in the case of an asset against him, was supposed to be released from jail on Thursday, but release orders were not issued due to the shortage of time.