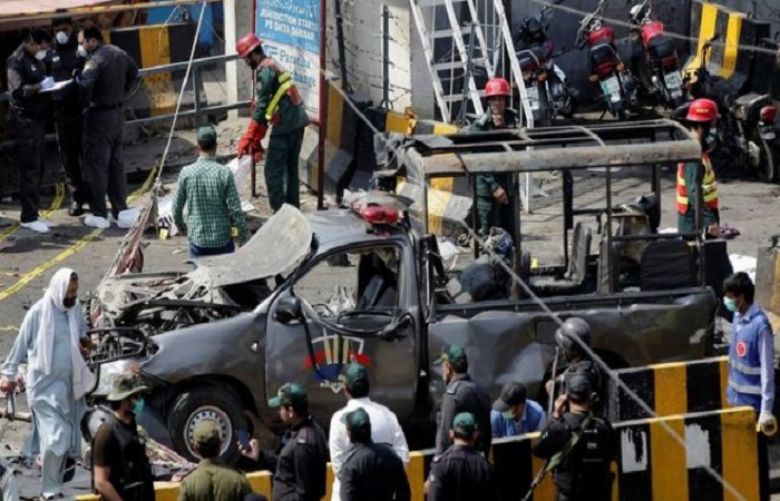 The death toll from Wednesday’s suicide blast outside the Data Darbar in Lahore rose to 12, as an injured teenager succumbed to his wounds earlier today in Friday.

According to details Mudassar, a resident of Lahore’s Mochi Gate, Lahore, passed away due to wounds he sustained in the blast, hospital authorities said, bringing the toll from the terrorist attack to 12.

Around 25 others were being treated for their injuries, the officials added.

It may be noted that, Saddam Hussain, a resident of Kasur, injured in the Data Darbar suicide blast had passed away on Thursday, after losing too much blood at the hospital.

On Wednesday, at least 10 people were martyred and 25 other sustained wounds as a suicide bomber had directly targeted Elite Force vehicle outside Gate No. 2 of Data Darbar shrine.

According to the initial investigation report released by the police department at least ten people including five elite force personnel were martyred and 25 other sustained wounds.

According to Shahbaz Gill, spokesperson for chief minister of Punjab, the suicide bomber was a 15-year-old boy who blew himself up near the Elite Force police van stationed outside the 11th century shrine.